Frost on the Punkin’

I was looking through my “on deck” folder to see which photos I had ready for uploading to Flickr and I saw this one: 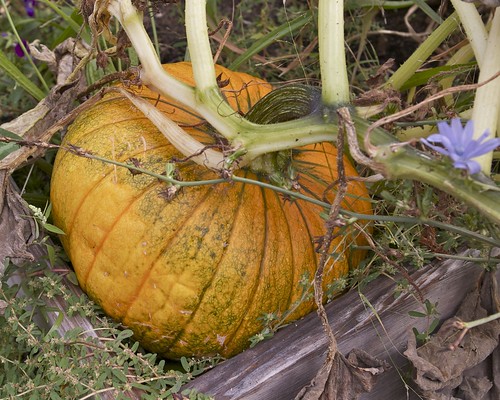 And that got me to thinking about George Bowers, G. Lionel Bowers.

He’s one of the guys I worked with summers at the lab in Johnstown. Summers, you know, my summer job between years off at college. As for the lab, it wasn’t much. It was a laboratory run by Bethlehem Mines, the mining subsidiary of the now-defunct Bethlehem Steel Corporation. My father was Superintendent of Coal Preparation, which meant he was in charge of designing the plants used to clean coal. This little lab analyzed samples of coal from the mines to determine their sulfur content – sulfur was the main impurity to be removed by the cleaning process.

Building No. 1 is where they crushed the coal samples. It was a dusty, dirty, job. And lowest in the status hierarchy. That’s where you started when you worked at the lab. The crushed samples were ‘washed’ in Building No. 2. It wasn’t a matter of cleaning the samples – hence the scare quotes – but rather of separating them into grains of differing sizes. This involved floating the coal in some medium, generally perchlorethylene (tetrachloroethylene), a nasty chemical used in dry cleaning, and then running the slurry through successively small sieves. Building No. 2 was in the middle of the hierarchy.

And then we had Building No. 3, which is where the samples were actually analyzed. The building had two floors and, you guessed it, the bottom floor was one rung up from Building No. 2, the top floor was a level above that, making it fourth from the bottom. Or, turning the count around, second from the top. The bosse’s office was on that top floor and it was the top of the status hierarchy.

Over the course of three summers I worked in all three buildings, starting with Building No. 1. As I recall I only did a week or three there before being moved to Building No. 2. I forget how long I spent there, perhaps the rest of that first summer, but perhaps not. Anyhow, I made it to Building No. 3, bottom floor, which is where I met G. Lionel. And I also worked the top floor in Building No. 1. As a college-going son of company brass I operated outside the normal hierarchy, which everyone knew. But at the same time I had to respect it, like everyone else. Which is why I started in Building No. 1, where I had to wear a breathing mask and got coal dust all over my clothes and up in my hair.

Anyhow, George Bowers. I liked him, and we got along well. He was a high school graduate, no college, and so was pretty much stuck there on the ground floor of Building No. 1, at least if he stayed at the lab.

At some point he uttered a ditty, bits and pieces of which have stuck in my mind ever since: “... and the frost is on the punkin’, that’s the time for dickie dunkin’.” But what’s the rest of that phrase?

Time for making love. After the hard work of the harvest is done, and to relieve the pent-up tension of not being able to mate because of sweltering August weather (you know - sleeping on the porch, all the windows open, etc...).

OK. That’s the right ballpark. But a bit further got me what I was looking for:

When the weather's hot and sticky
there's no time for dunkin' dickie;
When the frost is on the punkin
that's the time for dickie dunkin'!

Hot dog! Google does it again. High tech wizardry took me back to the past.

Known as “The Hoosier Poet” because of his birth in Indiana and poems celebrating the state, and as “The Children’s Poet” due to his appeal for young readers, James Whitcomb Riley was one of his day’s best-selling writers. Full of sentiment and traditional in form, his work features rustic subjects who speak in a homely, countrified dialect. When Riley died, Woodrow Wilson called him “a man who imparted joyful pleasure and a thoughtful view of many things that other men would have missed,” and some 35,000 people filed past his casket in the Indiana State Capitol.

Seems he’d written a poem, “When the Frost is on the Punkin”. Here it is:

They’s something kindo’ harty-like about the atmusfere
When the heat of summer’s over and the coolin’ fall is here—
Of course we miss the flowers, and the blossums on the trees,
And the mumble of the hummin’-birds and buzzin’ of the bees;
But the air’s so appetizin’; and the landscape through the haze
Of a crisp and sunny morning of the airly autumn days
Is a pictur’ that no painter has the colorin’ to mock—
When the frost is on the punkin and the fodder’s in the shock.

The husky, rusty russel of the tossels of the corn,
And the raspin’ of the tangled leaves, as golden as the morn;
The stubble in the furries—kindo’ lonesome-like, but still
A-preachin’ sermuns to us of the barns they growed to fill;
The strawstack in the medder, and the reaper in the shed;
The hosses in theyr stalls below—the clover over-head!—
O, it sets my hart a-clickin’ like the tickin’ of a clock,
When the frost is on the punkin and the fodder’s in the shock!

Then your apples all is gethered, and the ones a feller keeps
Is poured around the celler-floor in red and yeller heaps;
And your cider-makin’ ’s over, and your wimmern-folks is through
With their mince and apple-butter, and theyr souse and saussage, too! ...
I don’t know how to tell it—but ef sich a thing could be
As the Angels wantin’ boardin’, and they’d call around on me—
I’d want to ’commodate ’em—all the whole-indurin’ flock—
When the frost is on the punkin and the fodder’s in the shock!

Now, what’s the relationship between that little quatrain about dickie dunkin’ and this poem? Which came first? Did George Bowers know the poem?