Beyond Lévi-Strauss on Myth: Objectification, Computation, and Cognition

Revised and extended from an earlier working paper

Another working paper, revised and extended from Lévi-Strauss on Myth: Some Informal Notes. Online at: 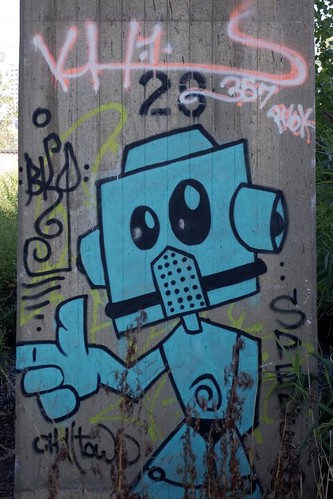 This is a series of informal notes on the structuralist method Lévi-Strauss used in Mythologiques. What’s essential to the method is to treat narratives in comparison with one another rather than in isolation. By analyzing and describing ensembles of narratives, Lévi-Strauss was able to indicate mental “deep structures.” In this comparing Lévi-Strauss was able to see more than he could explain. I extend the method to Robert Greene’s Pandosto, Shakespeare’s The Winter’s Tale, and Brontë’s Wuthering Heights. I discuss how Lévi-Strauss was looking for a way to objectify mental structures, but failed; and I suggest that the notion of computation will be central to any effort that goes beyond what Lévi-Strauss did. I conclude by showing how work on Coleridge’s “Kubla Khan” finally led me beyond the limitations of structuralism and into cognitive science.

Contents
Prefatory Note 2
Introduction: He Saw More than He Could Grasp 3
1. The King’s Wayward Eye: For Claude Lévi-Strauss 4
2. Distant Reading in Lévi-Strauss and Moretti 11
3. Free Play and Computational Constraint 15
4. Into Lévi-Strauss and Out Through “Kubla Khan” 20
Appendix: Lévi-Strauss and Latour, Transformations of a Myth? 28
Online Articles and Discussion 30

This is a revision of an earlier working paper that I published under the title Lévi-Strauss on Myth: Some Informal Notes. I’ve dropped two sections from that document and replaced them with others, added an addendum to the fourth section and added an appendix to the whole document.

“Subject and Object” in the older document has been replaced by “Distant Reading in Lévi-Strauss and Moretti.” The general topic is the same in both cases, objectification of texts. The newer section has the virtue of current discussions of “distant reading” in the so-called “digital humanities.”

Similarly, I have replaced “From Bollocks to Lévi-Strauss on Myth” with “Free Play and Computational Constraint”. The old piece focused on outputs from one of those nonsense generators you can find on the web. This one generated nonsense that read like artist’s statements at an MFA exhibit. The new piece focuses on (pseudo)haiku generated through computer prompting. They were generated in the laboratory of Margaret Masterman at roughly the time Lévi-Strauss would have been finishing Mythologiques.

I’ve added a short addendum to the fourth section, “Into Lévi-Strauss and Out Through ‘Kubla Khan’”. It’s from a blog post by linguist Mark Liberman and it’s about how linguistics students have a difficult time analyzing ordinary sentences into constituent parts. I suspect that many literary critics would have the same problem. Why? Because, as Liberman says, though it isn’t difficult to do you can’t learn to do it by reading about it or examining examples. You have to do it yourself and have your work vetted and corrected by someone already skilled in the craft.

Finally, I’ve added an appendix based on a passage from Latour’s We Have Never Been Modern in which Latour comments on Lévi-Strauss on the primitive mind.
Introduction: He Saw More than He Could Grasp

I have long believed that students of literature have unfairly neglected the work that Claude Lévi-Strauss did on myth. Yes, I know that he had his influence back in the day, but that influence has waned, and all that’s left is chatter about binary oppositions. Yes, that was there, and Lévi-Strauss made a big deal of those binaries. But that’s not all he did.

He also gave a virtuoso reading of myth upon myth upon myth in the four volumes of Mythologiques. That’s the work that has been neglected. We’ve attended to some of his enigmatic comments on method, but never really came to grips with what he actually did in analyzing those myths.

The blog posts I’ve collected in this document are an attempt to explain what Lévi-Strauss was up to in that work, why he failed, and why that work remains important. I published the first post, “The King’s Wayward Eye”, roughly two weeks after he’d died. After telling how I was introduced to Lévi-Strauss’s ideas during my undergraduate years, I offer some comments on his method in Mythologiques, which is above all a way of comparing stories with one another in such a way as to indicate mental “deep structures.” It’s in this comparing that Lévi-Strauss was able to see more than he could explain. We must learn that from him; the lesson is one about analysis and description. I devote the rest of the post to comparing Robert Greene’s Pandosto to Shakespeare’s The Winter’s Tale, with suggested extensions to other texts.

That was all I’d intended to write. But the online discussion was so stimulating that I promptly wrote to more posts. The last post in that original series plunged deep into my personal intellectual history to explain how it was Coleridge’s “Kubla Khan” that forced me to jump ship from the Good Ship Structuralism and swim to the shore of Cognistan. As it has turned out, the world of the cognitive sciences wasn’t quite what I’d expected, but that’s a different and more involved story.

But I’ve ended up in a place not far from Franco Moretti’s Land of Distant Reading. That’s what I discuss in the second post in this document, where I argue that distant reading is about objectification, which is also what Lévi-Strauss was up to. The next post opens in a parodic vein and then turns serious with a discussion of how the notion of computation provides us with a way of thinking about how a text can be “generated”. That’s what Lévi-Strauss lacked, an account of computation adequate to the texts he studied. That lack is still with us but computation makes it thinkable.

I organizing these posts into this one document, I have kept them pretty much as I originally published them. Thus I have made no attempt to organize them into a single continuous document. They are what they are.

Finally I’ve appended a short post In which Bruno Latour comments on Lévi-Strauss. I suggest that while they think about the nature / culture opposition in different ways, it’s still the same problematic for the younger as for the elder scholar.