First Man and our capacity for experience

I went to see First Man yesterday. I don’t quite know what I think about it. Did I like it? I suppose so, though it was maybe a little slow. Should you go see it? I suppose, it depends, what do you think about space flight, humans on the moon?

I grew up watching Walt Disney extol the wonders of man-in-space on his TV show. I designed rocket after rocket, assemble plastic model kits, too. I wanted to be an astronaut, at least until I was in my early teens. By the time we actually landed on the moon, 1969, I was marching against the war in Vietnam and didn’t even watch it on TV. But thirty years later I visited Kennedy Space Center and felt like I was on sacred ground. This is where men stood and reached up to the moon, this is where we reached beyond ourselves and beyond earth to...the infinite?

That’s what director Damien Chazelle has attempted to deal with, as had Stanley Kubrick before, others too. But not all man-in-space films reach for that sacred dimension, even illumination.

To have traveled to the moon, even as “spam in a can”, that is an enormous adventure. To look at earth from space, from the moon, I can’t comprehend it. And yet Neil Armstrong, at the center of this film, is just a man, an earthbound human like you and me. Did this sacred journey stretch his capacity for experience to the breaking point? Chazelle reaches for that ‘dimension’ by thematically linking the way-too-early death of Armstrong’s daughter, Karen, with his first steps on the moon. He leaves her infant identity bracelet behind on the moon. Thus does Chazelle both close and open the gap between earthbound experience and being on the moon.


Didn't see that coming, did you, the bracelet thing? Yeah, we knew they made it to the moon and back. But we didn't know that. That was a, "surprise" isn't quite the word.

And here lies the paradox. If that experience is a human one, a function of human capacity and yearning, then it cannot be dependent on the moon, on the journey there (and back). It must be, it is, available to us here, on earth.

The moon, then, the journey to and from, the dangers and excitement of that journey, that is all both central to and incidental to the core experience. The experience is in us, not out there. It is about our capacity, not the moon’s. 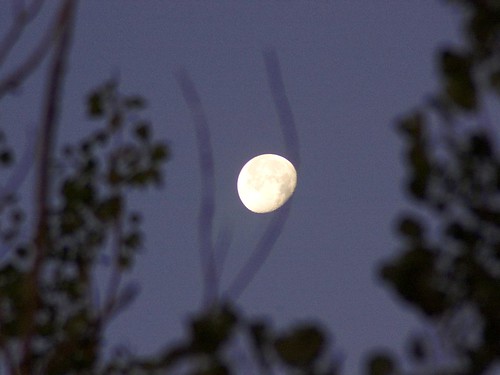 If a dull man or woman were to journey to the moon, how would it differ from a long scary trip to Mickey D’s for a burger and fries?