Take it to eleven

It don't mean a thing if it don't got that swing – Happy Birthday, Duke Ellington!

Remembering Duke Ellington, born on this day in 1899 in Washington, D.C. Here's Duke Ellington and His Orchestra performing "It Don't Mean a Thing" in 1943. pic.twitter.com/zfUwRVzdVh
— Dust-to-Digital (@dusttodigital) April 29, 2019 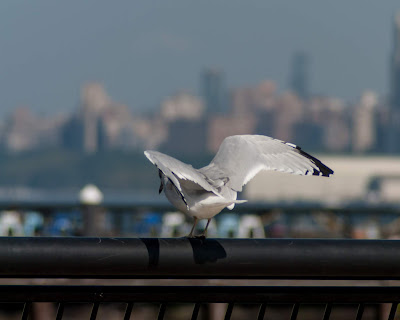 This is a good essay: "Synthetic philosophy", by Eric Schliesser. Ostensibly a review of recent books by @danieldennett & Peter Godfrey-Smith, it's a good discussion of a type of intellectual project.

Synthetic philosophy, which shares kinship with what was once known as ‘natural philosophy’ or (later) ‘philosophy of nature’ is made possible by, and a response to, the intellectual division of labor within and among the scientific disciplines. It requires skills that are orthogonal to the increasing specialization within the increasingly esoteric sciences. It is, thus, a modern phenomenon of the last two centuries. Of course, it is not the only possible philosophical response to such specialization; for example, Neurath’s conception of orchestration and the development of a unified, scientific language was an alternative approach.

I suppose there's a lot of synthetic philosophy around these days. I certainly had something like that in mind in the first two paragraphs of Synch, Song, and Society, my essay review of Steven Mithen's The Singing Neanderthals:

There are at least two reasons why an intellectual specialist writes for a general audience, including intellectual specialists from other disciplines. One is to contribute to civic life by explaining difficult but important subjects in a way that makes them accessible to the citizen who is curious about the world. Steven Pinker’s The Language Instinct is a distinguished recent example of such a book. But a specialist in some discipline may also seek a broader canvas than is available within the guiding principles of the specialized journal article or professional monograph. Here I think of Jared Diamond’s Guns, Germs and Steel. When done well, a book of this type has a value for the specialist that the unadorned popularization, no matter how well done, does not have.

There are important problems that cannot be handled within confines of a single intellectual discipline. The origins of humankind is one of these problems. No matter which facet of that problem interests you, you inevitably find yourself looking at everything – or so it seems. Is music an offshoot of language or did a music-like activity evolve prior to language? In principle we could answer this question by traveling back in time and making direct observations. Unfortunately, that particular principle cannot be realized in the world as we know it, so we must instead approach human origins indirectly by gathering evidence from a wide variety of disciplines – archeology, physical and cultural anthropology, cognitive psychology, developmental psychology, and the neurosciences – and piecing it together. Such work entails a level of speculation that is incompatible with the publication demands of the specialist literature. It also demands a breadth of knowledge that is all but impossible. When done well, however, such a book contributes to specialist investigations by establishing a framework within which more detailed work can be done.

I figure my own Beethoven's Anvil is of this type as well. In my preface I characterized my method as speculative engineering:

Beethoven’s Anvil is about the building blocks and design principles, not so much of music, but of the brains and societies that create that music. My argument is simply that these building blocks—mostly neural circuits and social structures—are necessary. I have no particular reason to believe that I’ve defined the complete set; in fact, I have some some small reason to believe that the set is not yet complete, nor ever will be. The nervous system is plastic, taking the impress of its environment. As culture molds the human environment, so it molds the nervous system. I see no end to culture’s possibilities. Thus, it seems to me quite possible that our descendents a century or two from now will have nervous systems that differ from ours in small but critical ways.

Thus I like to think of this book as an exercise in speculative engineering. Engineering is about design and construction: How does the nervous system design and construct music? It is speculative because it must be. The purpose of speculation is to clarify thought. If the speculation itself is clear and well-founded, it will achieve its end even when it is wrong, and many of my speculations must surely be wrong. If I then ask you to consider them, not knowing how to separate the prescient speculations from the mistaken ones, it is because I am confident that we have the means to sort these matters out empirically. My aim is to produce ideas interesting, significant, and clear enough to justify the hard work of investigation, both through empirical studies and through computer simulation.

"What you don’t play can be more important than what you do play."https://t.co/0nTrdpeCx3 pic.twitter.com/o2EBKg4XXO
— Open Culture (@openculture) April 24, 2019

On the importance of description (in science)

The extraordinary effort to successfully take a picture of a black hole is only the latest example of something too many social researchers fail to grasp---that a lot of the most important science is *just descriptive* https://t.co/yGXdREU0gF via @WSJ
— Mario L. Small (@MarioLuisSmall) April 20, 2019

Red, orange and the city 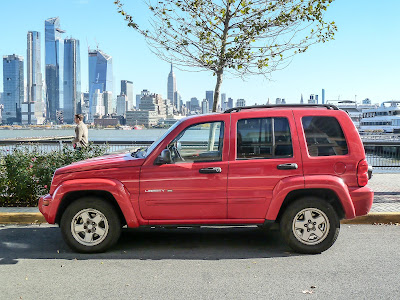 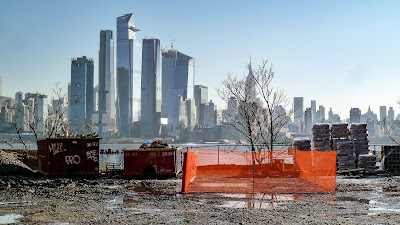 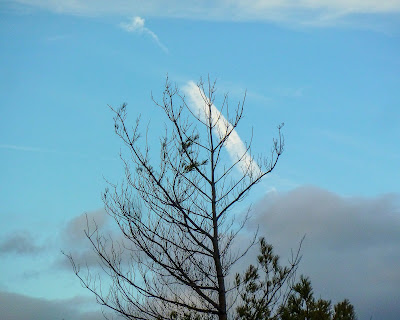 What happens to the human body in space?

Scott Kelly spent 340 days on the International Space station while his twin brother, Mark, stayed on the ground. "He drew blood from his arms. He saved his urine. He played computer games to test his memory and reaction speed. He measured the shape of his eyes." And his brother did the same. A comparison of the data indicates a large number of differences between then two:

On Thursday, just over three years after Mr. Kelly, 55, returned to Earth, NASA researchers reported that his body experienced a vast number of changes while in orbit. DNA mutated in some of his cells. His immune system produced a host of new signals. His microbiome gained new species of bacteria

Many of these biological changes seemed harmless, disappearing after he returned to Earth. But others — including genetic mutations and, after his return, declines in cognitive test scores — did not correct themselves, provoking concern among scientists.

Some considered the risks manageable, while others wondered whether it would ever be safe for astronauts to take long journeys to Mars or beyond. Final answers will depend on studies of still more astronauts. [...]

By many measures, the scientists eventually found, Mr. Kelly changed about as much as astronauts who stayed on the space station for only six months. Eventually the pace of biological change slowed, suggesting that perhaps the human body reaches a new equilibrium in space.

But Mr. Kelly’s body was also altered in some surprising ways.

Dr. Bailey studied special sections of his DNA called telomeres, which sit at the end of chromosomes, protecting them from deterioration.

As people age, their telomeres tend to get shorter. Stress — such as radiation or pollution — may hasten aging by fraying telomeres even faster than usual.

Strangely, the average length of Mr. Kelly’s telomeres increased in space, rather than decreasing, as if his cells were becoming more youthful.

Regular exercise and a healthy diet might be part of the reason. But going to space also might have awakened a quiet population of stem cells in Mr. Kelly’s body, Dr. Bailey said. [...]

The strange lengthening of Mr. Kelly’s telomeres disappeared after less than 48 hours on Earth. In fact, Dr. Bailey and her colleagues started finding many cells with telomeres that were shorter than before Mr. Kelly went to space. [...]

These two lingering changes — in Mr. Kelly’s cognition and DNA — left a number of experts concerned about the risks of a trip to Mars, which could take a year.

Obviously, there's much that we do not know.

A full technical report of the study: The NASA Twins Study: A multidimensional analysis of a year-long human spaceflight.
No comments: