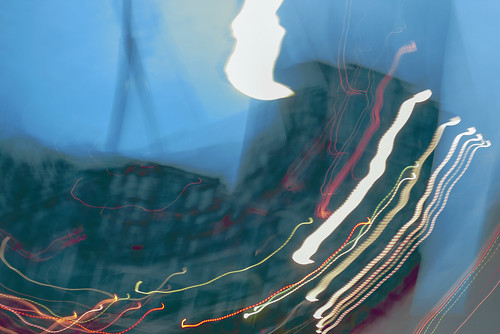 I don’t know when I first learned of Caroline Levine’s Forms: Whole, Rhythm, Hierarchy, Network (2015), but it was some time after it had won the Modern Language Association’s James Russell Lowell Prize for an outstanding work of literary scholarship. That put it on my radar screen, the conjunction of form as its topic and winning the prize. I hoped, you know, for an actual discussion of form, but wasn’t really expecting one. Alas, my expectations were fulfilled, my hopes, not.

I read some of the book with great care, and even thought about writing a blog post or two explaining my misgivings. But this or that seemed more important and I simply forgot about the book. And then yesterday this showed up in my Twitter feed:

Thrilled to be part of this set of responses to Caroline Levine's Forms in new PMLA. My essay considers the use of sociological method in her argument about formal collision. Many thanks to @goldstoneandrew and @Ted_Underwood for help with the piece https://t.co/N4Y6JaKMs5
— Hoyt Long (@hoytlong) December 31, 2017

Not only was I reminded of the book, but I also learned that PMLA had devoted a symposium to it.

So I’ve decided to post, briefly. The first of passages:

The relationship between materiality and form has long been of interest in literary studies. Critics have often assumed that the materiality of a text’s content lends itself to certain literary forms: patterns of labor or rhythms of the body yielding certain repetitions in poetry, for example. [...] Literature is not made of the material world it describes or invokes but of language, which lays claims to its own forms—syntactical, narrative, rhythmic, rhetorical—and its own materiality—the spoken word, the printed page. And indeed, each of these forms and materials lays claim to its own a affordances—its own range of capabilities. Every literary form thus generates its own, separate logic. (p. 10)

Levine’s contrast between the materiality of a text’s content and its materiality as a string of words is promising. A bit later this theme continues:

I will make the case here that no form, however seemingly powerful, causes, dominates, or organizes all others. This means that literary forms can lay claim to an efficacy of their own. They do not simply reflect or contain prior political realities. As different forms struggle to impose their order on our experience, working at different scales of our experience, aesthetic and political forms emerge as comparable patterns that operate on a common plane. (p. 16)

And yet there is an ominous note here, politics. This is a book about politics, at least politics as it is understood by literary critics, which has only a tangential relationship with how politics works in the flesh-and-blood world.

Hence the title of this post, criticism in an age of delirium, an age where wish, desire, and dream are readily confused with reality. Only a literary critic would think that analyzing organizational forms (the “Whole, Rhythm, Hierarchy, Network” of Levine’s subtitle) as they appear in works of literary and video art is tantamount to examining them in the world of blood, sweat, tears, and rubber on the road; and only a literary critic would think that such conceptual analysis is a political act. No wonder the humanities are threatened; literary critics treat politics as form of ghost dancing [1]. 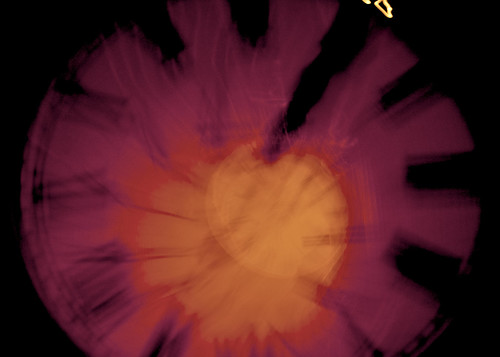 I quite agree that literature is made of language, that each “form thus generates its own, separate logic” and that “literary forms can lay claim to an efficacy of their own”. But this is NOT a book about language and the forms it takes in literature. It is a book about ideas expressed in that language. And if it is not about the actual language of literature, how can it possibly speak about the “affordances”, the “capabilities”, or the “efficacy” of that language? This is a book that’s blind to its ostensible subject.

This is most obvious in its final chapter, devoted to The Wire, where Levine weaves together the forms she’d discussed in previous chapters: whole, rhythm, hierarchy, and network. The Wire, of course, is not a literary text; it’s a TV show and it ran for four seasons. There isn’t a single frame grab in the chapter. Moreover, it is easy to read the chapter and forget that it’s about a TV show, not a novel. The materiality of her text is irrelevant to Levine.

And that implies that she hasn’t the foggiest idea about the forms these texts take. She’s not interested in the texts, as such, but only in the worlds represented in those texts.

I suppose I could be accused of lacking critical generosity, criticizing Levine for failing for failing to do something she obviously has no interest in doing. So be it.

But it’s not really Levine that I’m criticizing. It’s the profession of academic literary criticism. There’s the source of failure. Within that circumscribed context this is an excellent book. In a way, it may even be a book of the highest and best kind, a book that remains within the established conceptual boundaries of the discipline while finding surprising new things to do within those boundaries. If academic literary criticism is to remain viable, however, those boundaries must be redrawn so that the profession no longer words in a state of epistemic delirium. I fear that the profession is incapable of doing this. It lacks the requisite self-awareness and honesty.

Alas, words do have meaning [2]. When you describe texts as being materially constituted of language, make that your subject, and then fail to attend to that very language, you are abusing language. The fact that this particular abuse is authorized within the profession doesn’t justify it. It simply papers over the problem. It’s a form of denial. Of delirium.

[2] I’m thinking of a Jerry Seinfeld bit, which I analyzed in “Seinfeld through the Donut Hole”, https://new-savanna.blogspot.com/2016/03/seinfeld-through-donut-hole.html