The Genius Chronicles: Going Boldly Where None Have Gone Before?

I've bumped this to the top of the queue because it's that time of year and on general principle. I first published the report in 2013 and have updated it through 2018. After that, what's the point? It's the same old same old. 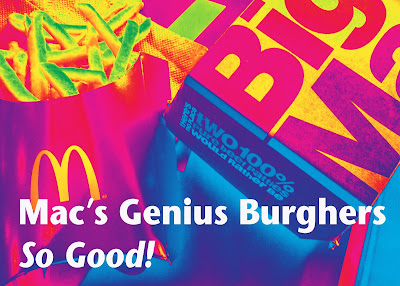 I've now assembled my posts on the MacArthur Fellows Program into a single document under the above title. You can download it at my Scribd page. Abstract, introduction, and embedded document below.

Abstract: This is an informal evaluation of the MacArthur Fellowship Program, the so-called "genius grants." I argue that the program functions basically as a PR vehicle for the MacArthur Foundation and for the foundation world in general. I also suggest that it could achieve better results by not awarding grants to people who already have jobs at elite institutions. There are discussions of how talent is evaluated, the cultural factors in genius, accounts of three elite institutions (Johns Hopkins, RPI, and SUNY Buffalo), and discussions of Louis Armstrong, John von Neumann, and Richard Feynman.

Why Look for Geniuses?

As examples of the kinds of people I mean by the word “genius”, consider the following list: Voltaire, John von Neumann, Pāṇini, St. Augustine, Sappho, Cervantes, Florence Nightingale, Sequoia, Murasaki Shikibu, Queen Elizabeth I of England, Carl Friedrich Gauss, Goethe and Mozart. Those are people of such an exalted nature that we wouldn’t expect more than one per class of MacArthur Fellows, if that. If that’s the standard, then perhaps the real question is whether or not the program has identified any geniuses at all. And it’s likely we’re not going to know for a while, as it takes awhile for individual contributions to work their way into and through the culture.

Of course, the foundation itself has never said it was on the prowl for geniuses:

Journalists and others sometimes use “genius grant” as a shorthand reference for the MacArthur Fellowship. We avoid using the term “genius” to describe MacArthur Fellows because it connotes a singular characteristic of intellectual prowess. The people we seek to support express many other important qualities: ability to transcend traditional boundaries, willingness to take risks, persistence in the face of personal and conceptual obstacles, capacity to synthesize disparate ideas and approaches.

But I wonder what would have happened if the "genius" label hadn't been stuck to the MacArthur Fellows Program. Would the it have taken old in the public imagination – to the extent that it has, which isn't up there with the Oscars, Emmys, and Grammies, but it’s pretty high – without that label?

That seems unlikely. The term “genius” has an immediate impact. The phrase “exceptionally capable individual” does not, and it just gets worse if you add further qualifications, such as the notion that these individuals are pursuing ideas and projects off the beaten track. No if the program was to get any traction in the public mind, then “genius” it had to be.

That the term got stuck on the Fellows Program by journalists rather than by the foundation is a public relations bonus. And as long as the term sticks, the program can distance itself from the term all it wants to without, in fact, threatening the publicity.
For that, as Waldemar Nielsen noted in 1997, is what the program is. It’s public relations not simply for the MacArthur Foundation, but for the world of elite foundations. The genius grants put a meritocratic sheen on a system that is permeated by cronyism. What is more disturbing – for cronyism, after all, is an old story – is that we live in a world undergoing massive and potentially cataclysmic change, but in social, cultural, and political systems, and in our relationship to the environment. In such a world we desperately need new ideas, not further assurances that the old institutions have things well in hand.

People need hope for the future. They need to believe that the world is somehow on their side. The possibility that a genius can be picked out of the cornfield or the alleyway and do great things, that is a comforting belief. It says that the world CAN change for the better.

But the MacArthur Foundation isn’t even looking for the most gifted people in America, they’re looking for the best ones in a certain very diffuse social network. And that social network is biased toward an institutional world rooted in the 19th Century. By awarding a very high percentage of their fellowships – a two-thirds majority in 2013 – to people who have jobs at elite institutions the foundation the MacArthur Fellows Program reinforces the network of institutions that are failing us. They could do better, but they won’t.

When I set out to write the first piece in this series, which I posted under the title “MacArthur Fellowships: Let the Geniuses Free”, I had in mind a modest post of, say, a 1000 or 1500 words. I figured that I’d make the long standard complaint, that the foundation’s too conservative in its choices, cite an article or two to that effect – I had in mind a particular article in The New York Times Magazine from some years back, which I did find and cite – and offer the simple suggestion that they exclude people with elite jobs from the awards.

While I do believe that elite institutions – such as Harvard, or the Scripps Research Institute – are inherently conservative, that wasn’t at the core of my thinking. No, my core idea was much simpler: people at those institutions have an income; therefore they can function. Give the money to someone who doesn’t have a stable income, or must work a “day job” in order to survive. That’s a better use of these “genius” funds.

But then I read Nielsen’s remark, thought about it, and that short post just grew and grew. Yes, it’s PR, for the foundation world. And if my suggestion were adopted, the Fellows Program would break from that world, if only in a small way, and perhaps loosen things up a bit. That one 1500 word post grew to over 6000 words. Even then, when I’d posted it, I thought I was done. But I wasn’t.

I started thinking about just what’s involved in judging talent. What’s the difference between identifying the best sprinter in the world, which is about something that can be determined objectively and identifying the best gymnast. which is a matter of judgment? How do you spot up and comers of either kind when they’re only ten years old? But whether it’s sprinting or gymnastics, the sport is not so deeply conditioned by cultural factors as is physics or dance. That became my second post, The Hunt for Genius, Part 2: The Big Sort. In the third post – The Hunt for Genius, Part 3: Cultural Factors ¬ – I looked specifically at culture. The forth post – Gestalt Version – was a quickie, a visual aid.

I rounded out the series with an autobiographical post in which I looked at my experience with three elite institutions, The Johns Hopkins University, where I went to undergraduate school, Rensselaer Polytechnic Institute, where I held my first and only faculty job, and the English Department at SUNY Buffalo. First, I was reminded of how many very accomplished people it has been my privilege to work with in the first half of my life – and I certainly didn’t mention all of them. THAT’s what you get when you attend an elite institution, access to some superb people, even if there’s a lot of high-class deadwood around as well.

Second, I was reminded that, for a decade or so, the English Department at the State University of New York at Buffalo was the kind of institution that the MacArthur Fellowship Program pretends to is. No, there weren’t geniuses falling out the windows, though the best people there were very good indeed, and there was more than a handful. It was the institution itself that was special. The Department respected creativity and managed to foster it despite being part of a large state university. That Department knew that the world was changing and worked to help the change along. For what it’s worth, that post has been by far the most popular one in the series. It has gotten more “hits” than the other posts combined.

Finally, I’ve appended two pieces that aren’t about the MacArthur Fellows program. One of them is about Louis Armstrong or, rather, it’s about the cultural milieu in which he became great. In the context of this series, it’s about the intimate relation between culture and society, on the one hand, and, well, genius. The last post is a double book review that examines biographies of two scientific geniuses, Richard Feynman and John von Neumann. But in locating them in the transition from slide rules and mental calculation to electronic calculators and PCs, it too speaks to the importance of cultural context.

If there is a message to this series, that’s it. Genius, the real phenomenon of individuals who change the world, is as much about the world they change as it is about them. They cannot be separated. Genius isn’t a mystic elixir that a few have but most of us do not. It is more elusive even than that.


The Genius Chronicles: Going Boldly Where None Have Gone Before? by Bill Benzon