How Now I and Thou: In Memory of David Glenn Hays

David Hays was my teacher. This is the eulogy that I delivered at his funeral in the Summer of 1995. 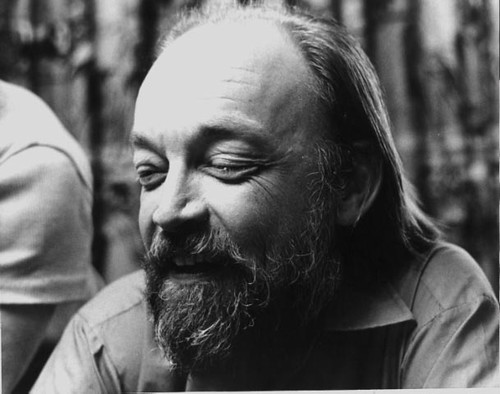 In 1973 the journal Dædelus published an issue devoted to Language as a Human Problem, a topic of much interest to me. The first article I read was entitled “Language and Interpersonal Relationships” by one David G. Hays. The first paragraph of that article contained a single question:

How DOES LANGUAGE engender love?

That question gets to the heart of Dave Hays’s intellectual life. He was much concerned with the intricacies of language and with the workings of love in human community.

His directness in asking about the the relationship between language and love tells you much about his intellectual style. But the article’s title, while accurate, is a bit obvious. The difference between that accurate but pedestrian title and Dave’s original title tells you much about the man and why he decided to leave the academic world.

I learned about that original title some years later, when I had become a colleague and collaborator. It was on one of the trips I took to Manhattan to discuss our work. These visits generally involved several rituals and this particular revelation came during preparation for the evening meal.

This ritual usually began about 5 PM or so when Dave observed that it was time to prepare the evening meal. He would go directly to the kitchen while I got the scotch and two glasses. When I’d poured us a few fingers of scotch, enough to float the ice, Dave would assign me a task, such a peeling asparagus, and we would begin peeling and chopping and simmering and cooking and drinking and talking. We talked of many things, and in one of those talks Dave told me the original title for “Language and Interpersonal Relationships.” He had conjoined the title of a book written by a very wise man, I and Thou, with a bit of pop culture flotsam having to do with a brown cow. The resulting cross-breed was “How Now I and Thou.”

No doubt sometime the next day our work took us into a very different kind of ritual, one we repeated often but not so often as food preparation. This ritual began when both of us were exhausted from the intellectual work, and frustrated because we weren’t making progress. Each of us would lie back and drop into fitful reverie. Every so often one of us would make a comment or ask a question. The other would reply, to no mutual satisfaction, and the fitful reverie would continue. Eventually we would work through it, begin talking and talking, and Dave would sit down to the computer and write up some notes on what we had accomplished.

Now that he is silent forever I will never again repeat these rituals with David Hays. That is a loss I have only begun to measure. But we have his words, those words through which he sought truth and engendered love.

How Now,
I and Thou,
David Glenn Hays.