I'm bumping this to the top as an oblique response to Mark Andreessen's recent call to action. Why? Because Brad Bird's live-action film, Tomorrowland, was issued as a call to build for the future. The post was originally published in May, 2015.

Back in the 1950s Walt Disney brought Tomorrowland to life, most concretely as one of four divisions of Disneyland, but also as one of the formats for his television show where he envisioned the future and advocated for science, technology, and the space program. Then came, among other things, the War in Vietnam. Later, following Blade Runner (1982) we have had a long line of dystopian science fiction films, some, like George Miller’s Mad Max series from the 1980s, set in the near future. The World Trade Center was bombed on 9/11 and global warming became a matter for widespread public discussion, debate, and policy making. 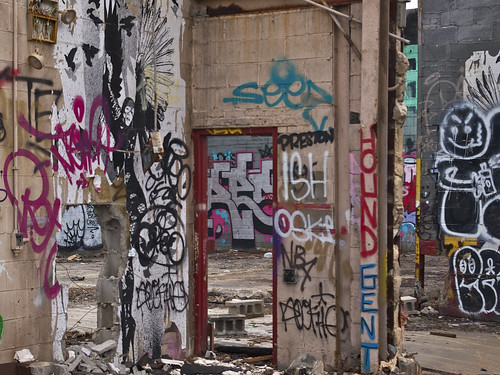 And now, within the last two weeks, we’ve seen a fourth film in the Mad Max franchise, Mad Max: Fury Road, and a Disney film simply entitled Tomorrowland. The films, both about the future (sorta’) are very different, but, as I said, they’ve come out at about the same time, and I’ve just seen both of them. So they’re rattling about in my brain more or less together, hence my title: War Boys [from the Mad Max film] in Tomorrowland [a Disney film directed by Brad Bird].

Simply as a matter of cinematic art, the Mad Max: Fury Road is the better of the two films. It’s gorgeous and astonishing in a way that Tomorrowland is not. As for Tomorrowland, it wandered incoherently about until within five or so minutes of the very end, when it pulled itself together into the most overtly didactic film in my memory. But instead of Mickey Rooney yelling “Hey, kids! Let’s put on a show!” we have director Brad Bird channeling Uncle Walt and yelling “Hey, kids! Let’s create the future!”

It’s clear to me that if we’re going to have anything remotely like the future Uncle Walt, Redux is calling for, those dystopian apocalyptic War Boys from Fury Road are going to be the ones to build it, them and the women who liberate them. 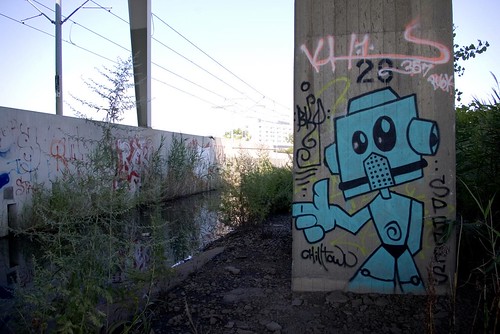 This realization began coming to me a day or two after I saw Mad Max: Fury Road. I was reading A. O. Scott’s review of Tomorrowland and decided, of course, that I HAD to see it. It was a mixed review. He found the plot confusing and improbable for live-action science fiction, though it would have worked better as animation, which, we all know, is where Bird earned his bones in the movie biz. And, though the film was obviously meant to astonish us with glimpses of a wonderful high-tech future in which people actually got around with jet packs, the film itself failed to astonish. And it’s not as though Bird knows nothing of futuristic techno-astonishment; it was there in the villain’s Caribbean lair in The Incredibles. That, however, was animation, not live action.

The thing is, Tomorrowland’s closing didacticism hit me hard, and in a good way. Of course I don’t know just how it is that Bird came to make this film, but I’m imagining that at some point he had an epiphany: “The world’s going to hell in a hand basket and no one’s doing a thing to stop it. Well gosh darn it, it’s time to turn this ship around. And I’m going to do my part to fire up the minds and rally the troops. I’m going to make a movie about Tomorrowland!” Who can argue with that? 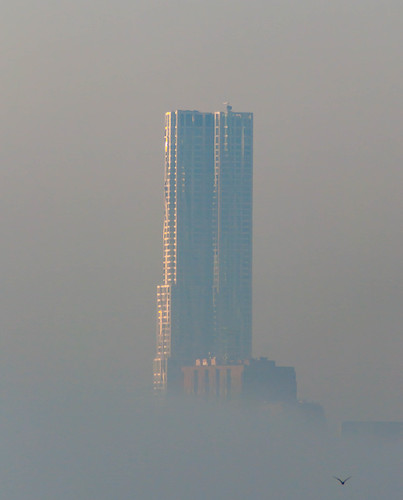 I’m getting ahead of myself. I’m writing as though I’d seen Bird’s film. Which of course I now have. But I hadn’t seen it when I was reading Scott’s review.

As I was thinking about Scott’s remarks I found myself thinking about the War Boys in Fury Road. What I thought was that Disney’s original Tomorrowland was born of the 1950s and the techno-optimism of that was floated on the quicksand of American exceptionalism in service to Western triumphalism. Whatever else has been going on in dystopian science fiction, such as those Mad Max films, we’ve been burning through those dreams of easy triumph and mourning their loss. Now we’ve hit bottom and are barreling down fury road to a new future that’s more realistically grounded. And so we have the apocalyptic fervor of the new Mad Max.

By this point, if you’ve not seen Fury Road nor heard much about it you’re likely of the impression that the War Boys are on the side of good, for I’ve charged them with building a Disneyesque utopian dream. If you have seen the film, you’re likely to be puzzled by that charge, as you know the War Boys are NOT the good guys in Miller’s apocalyptic steampunk Western. If you've seen the film, though, you also know that one of them, Nux, did cross over to the good side, or at any rate, the side to which Max reluctantly enlisted.

For it really doesn’t make much sense to talk of good and evil in this film. We’ve got a bunch of tribes, each struggling to survive in a decimated world and we've been more or less arbitrarily stuck with a few people trying to break free of one of them. As the film opens Max is captured by the tribe headed by Immortan Joe, an ugly brute with a prosthetic face who keeps a few young women captive as Breeders. One of his lieutenants, a one-armed warrior named Imperator Furiosa, sets out on a supply run but then deviates from the course. She’s hijacked his harem and is headed for freedom. Or somewhere.

The chase is on. It’s the energy of the chase that dominates the film. The War Boys spray their lips and front teeth with chrome paint in hopeful anticipation of post-mortem Valhalla, an oddly endearing gesture. And perhaps a bit feminine at that.

What comes through is their joy, glee and energy. It somehow stretches beyond the tethers Immortan Joe lays on them. They’re going for glory and poor Mad Max is strapped to the front of one of their vehicles as a “blood bag” for Nux, the driver. Max escapes, reluctantly joins Furiosa and the escaping – clothed in diaphanous white – harem, the chase continues and so forth and hyperkinetically so on. The cavalry arrives in the form of Furiosa’s old clan, a group of biker women. In the final battle – at least in this film – it’s Furiosa and the women, plus Max and Nux (who’d fallen for one of those white-clad women), against Immortan Joe and his War Boys. Joe is defaced and the women win.

But what sticks with me is the energy of it all: a two-hour chase involving four tribes, scores of tricked out steampunk cars trucks, and motorcycles thrills crashes leaps explosions and fires and the War Boys gleeing their lips with chrome. 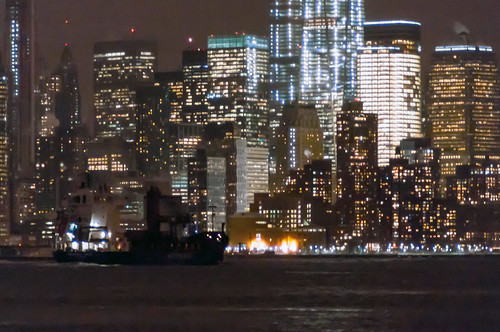 Tomorrowland starts with a close-up of George Clooney telling a story while an off-screen female voice interrupts him with suggestions he’s not buying. That interrupted story turns into the film. It starts in the past, in the 1960s, with a trip to the 1964 World’s Fair in Flushing, Queens. Young Frank Walker (Clooney’s character) has invented a jet pack that, alas, doesn’t fly, and he’s entering it in a contest. As a side effect of that a young girl (who turns about to be a robot from the future, I think) gives him an enameled pin inscribed with a “T”.

It turns out that the girl is a recruiter from Plus Ultra, a secret society of SuperCreative people who have actually managed to cobble together a jet-pack future that one enters through a different dimension. That pin is Frank’s invitation into the society. It takes the film awhile to spell that out, and I’m not at all sure that, in all the hyperkinetic confusion, I’ve got it. But it’s close enough.

So, young Frank’s been recruited. And now more or less in the present as we watch the film middle-aged Frank (George Clooney) is sending out a new team of recruiters. The story he’s trying to tell us is the background to his recruiting pitch. So he’s pitching to us – hence the heavy-handed didacticism – and we, in turn, are represented onscreen by a bunch of children. Each child is given a box of those pins and is supposed to recruit others to the effort by giving them out.

Who’s going to join up? The War Boys and the Breeders, that’s who. Mad Max and Imperator Furiosa. Those are the ones with the desire and the energy.

The photos in this post are not frame grabs from the two films, obviously. The first is an abandoned and now abolished building in Jersey City. The second is along the Hudson-Bergen Light Rail near the Jersey Medical Center in Jersey City. The third shows 8 Spruce Street, an apartment building in Lower Manhattan. The fourth is a night view of the Hudson River and Lower Manhattan as seen from Hoboken, NJ.