I took these photos in the same place, but at different times. Early in the 20th Century a trolley line went through this place, which is in Jersey City, in a place known locally as the Bergen Arches (this is under one of the arches). I don't know when the trolley line was abandoned, but this space is now given over to homeless people and graffiti writers. 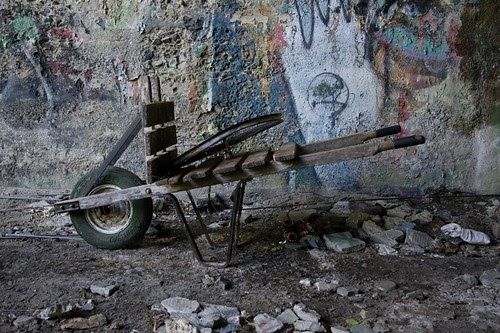 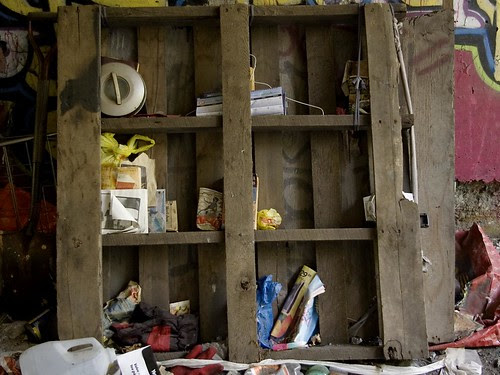 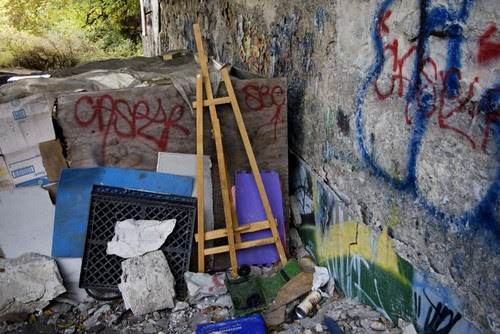