THAT role is up for grabs. Maybe it will be taken by a scrappy Asian or African city. But who knows, maybe Jersey City can work some civic magic. One can only dream. And, the world is bigger now than it was then. There's room for more than one Florence on the New Savanna of the 21st Century.

Jersey City has just elected a new mayor, Steven Fulop, who won by defeating a long-entrenched machine. The Fulop administration has just released a 155-page transition report that urges the City to "rebrand" itself and that talks about the need to give more prominence to culture and the arts. In that spirit I'm republishing this review of a Michael Gross book that I did for The Valve in 2009. While Gross and his publisher present the book as high class celebrity gossip, I argue that Gross, in fact, tells the story of an institutionalized artistic culture on the edge of self-destruction. If so, then Jersey City had best get out of the way of these collapsing dinosaurs. But maybe there's some scrappy little creatures flitting around on walls and underbrush that Jersey City can nurture to artistic splendor. I mean, the folks at Mana Contemporary are ambitious and visionary. Who knows what they can accomplish in cooperation with a sympathetic City administration? 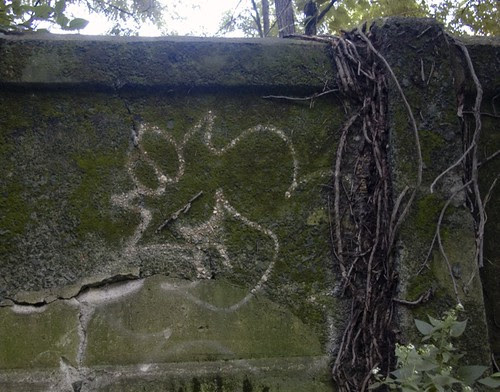 Sharks in Formaldehyde: New York’s Met and the People Who Made It

Michael Gross. Rogue’s Gallery: The Secret History of the Moguls and the Money That Made the Metropolitan Museum. New York: Broadway Books, 2009.

Full Disclosure: After I’d published a piece analyzing the literary style of David Patrick Columbia, Michael Gross contacted me, thanking me for mentioning his book in that piece. He indicated that the book had angered some influential people and, as a result, the book wasn’t being reviewed. I did some digging around on the web, had a bit more correspondence with Gross, and ended up asking him to get me a review copy, which he did. Here’s my review.

There are two ways to read Michael Gross’s latest book, Rogues’ Gallery: The Secret History of the Moguls and the Money That Made the Metropolitan Museum. The title and subtitle offer a tell-much extravaganza – over 500 pages worth – of juicy gossip about the rich and powerful folks behind New York City’s Met, one of the finest art museums in the world. Stick this Rogues’ Gallery in your weekend bag or on your night stand and read it at your leisure. It won’t disappoint, and you have the added frisson of knowing that you’re displeasuring the socialite who hired white-shoe lawyers to write threatening letters in an attempt to curtail, shall we say, the book’s circulation, or, at least to produce changes in a subsequent printings and editions.

I mean, if such a letter isn’t a roguish stamp of disapproval, I don’t know what is. How can you resist the urge to find out what was so deep, dark, and dastardly that someone spent real money to protect keep you from wallowing in reading the dirt? Well, not all of it, just some of it, near the end, the stuff that bears on the question: Who will deserves to replace Brooke Astor as the doyenne of New York City philanthropy?

With only a little more effort, however, and perhaps a little thought here and there, you can read a more substantial book, one that raises a serious question: Is the social web that created and sustained the Met about to disappear, leaving the Met with the life prospects of a beached whale?


Even as he was having fun digging into the archives and tracking down skeletons in Fifth Avenue closets, Michael Gross was, in effect, rethinking the nature of The Metropolitan Museum of Art. Rather than thinking of it as a big solid structure that house and protects three millennia’s worth of art treasures, Gross came to present it as a fragile network of social relationships that somehow manages to balance the good, the bad, and the ugly in such a way that The Beautiful has a home.

The Met is a very different kind of building, one that houses an institution of importance on the world stage. And so the relationships among the people who made and make-up the institution, they're more intimate than the relationships among the residents of 740 Park Ave. Gossip about the residents of 740 Park Ave. is just gossip, albeit gossip about very wealthy and powerful individuals. Gossip about the people who built the Met is the history of an institution told at the level of individual desires and actions.

And, if gossip is a moral activity directed at maintaining social norms, then Rogue's Gallery becomes something of an intervention directed at the institution itself. Gross is revealing what those norms have been and how they have changed over time and he is doing this precisely at the moment when that fragile nexus of relationships may be dissolving - which is what he discusses in the last few pages of the book. The building and the art works are still there, but the world is changing around it and the social nexus that built the building and collected the artworks, that's disappearing.

What, then, were those norms and standards? When it originally oozed into existence in the late 1860s and early 1870s the Met was a play to show that America, meaning its wealthiest citizens, had arrived on the world stage. It featured art of European and ancient provenance, though sometimes that provenance was a bit dodgy, a problem that’s persisted well into the mid-20th century. American art didn’t come into its own at the Met until after World War I, that is, until America had proved itself in world combat and diplomacy. And it took a powerful New York City official, Robert Moses, and a particularly flamboyant director, Thomas Hoving, to finally make the Met an institution of and for the people rather than a club for the competitive collecting habits of the wealthy.

Along the way you have robber barons and their descendents using collecting to put a good face on their wealth. Some were genuinely smitten by and appreciative of the art while others seemed rather more interested in using it as a means to social prominence. Curators cultivated donors, donors manipulated dealers, and everyone looked the other way when it was convenient to do so. All of this seems rather standard to me. And, while many of the details were titillating, some even delicious, I can’t say that any of it was terribly surprising or shocking. It’s not that I’ve got any immediate familiarity with the social world Gross has documented, I don’t, but simply that I’ve lived a bit and know that nothing is what it seems, there’s no purity anywhere, and that Art is not so fussy about the company it keeps as we would like to imagine.

The question remains: Is this mélange of motives enough to carry the Met into the future?

For example, The New York Times recently had at an article about one Andrew Hall, a fund manager who's getting a nine-figure bonus paid out of bailout money and who's bought a German castle to house his 4000 item art collection, the sort of collection that was, not so longer ago, folded into an existing museum, such as the Met. It doesn't seem likely that Hall's going to donate to the Met, the Modern Museum of Art, the Guggenheim, the Whitney, nor any other existing museum. And what about those Arab princes building universities, art museums, and resort cities out of whole cloth in a race against time, remaking their world before the oil dries up?

We aren’t in Kansas anymore, no we’re not.

Nor is it clear just where we are and where we’re headed. The vanity, corruption, back-biting, social climbing, and double-dealing, all the juicy stuff, that will persist. And it may be sufficient to sustain the Met on life support. But growth and transformation, that requires inspiration and unshakable faith in, dare I say it? Beauty. Where’s that in this first decade of the Twenty-First Century?