Since Otto von Münchow liked yesterday's photo, I thought I'd post a companion. This is pretty much the same scene, but the focal plane is at the grass in the foreground rather than behind that grass" 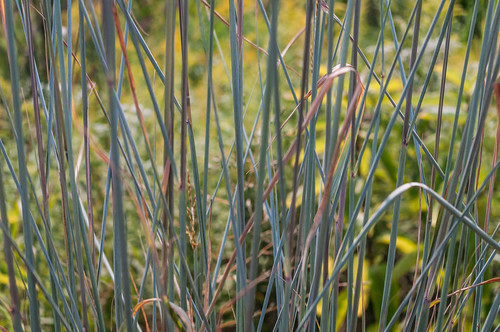 Here's another more aggressive pair I took the same day: 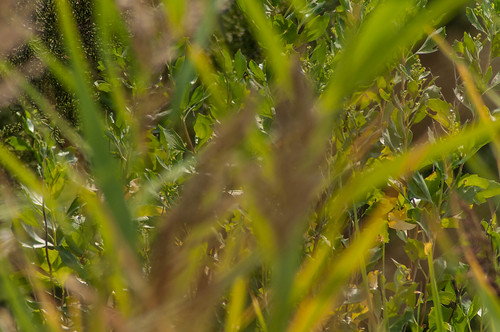 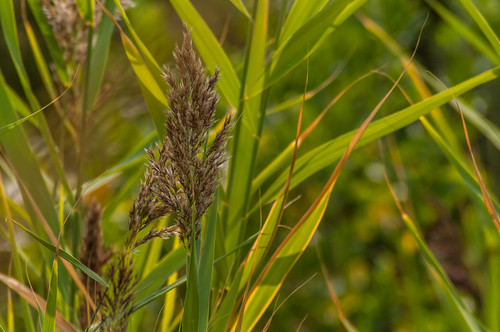 And another photo from the same walk through Liberty State Park in Jersey City: 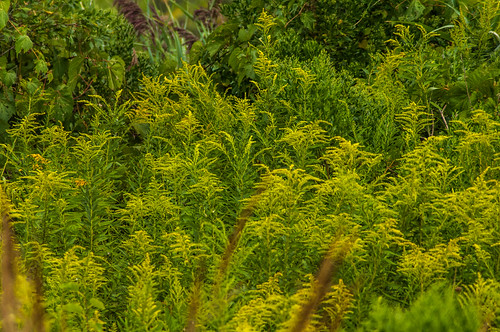 Notice a few out of focus elements at the bottom of the photo. That, of course, is quite deliberate. Once I decided to pursue photography I also decided that I also wanted somehow to photograph, not just objects, but space. Thus I will frequently have out of focus elements in the foreground as a reminder that there are things closer to the camera than the objects in focus. That reminder serves to mark the existence of space. 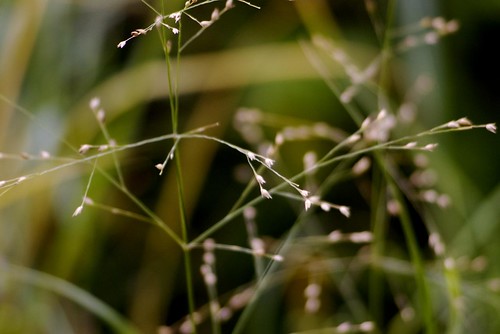 Here's an extreme example of a photo where almost nothing is in focus. The focal plane captures parts of a few stalks of grass. Everything else is blurred. But those few sharply etched fragments of grass are enough to anchor the eye and draw you in.