Mind Hacks R Us – Computing & Tripping to the Millennium’s End

I'm bumping this to the top of the queue so it can accompany my ongoing posts on artificial intelligence and my recent post on How to Change Your Mind. Perhaps I'll do another one or two on the series. I'm most of the way through the second episode, on psilocybin, and I like it better than the first. Perhaps the third will be even better. Addendum: It was different. 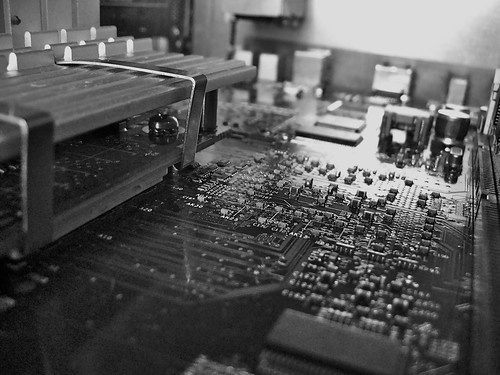 A bit earlier in this millennium I thought it would be interesting to write a book on the parallel evolution of computer culture and psychedelic culture in the United States from mid-century to the end of the millennium. I wrote up a proposal, called it Dreams of Perfection, and it went nowhere. Subsequently John Markoff and Fred Turner each published parts of the story. Now I’m publishing a slightly revised portion of that old book proposal as an independent document. I’ve cut the marketing portions of the proposal, leaving only the conceptual overview and the chapter summaries. I’d envisioned five longish chapters, one for each decade, each chapter keyed to a different film: Fantasia, Forbidden Planet, 2001: A Space Odyssey, Tron, and The Matrix. I’ve retained that structure in this précis and concluded it with a consolidated chronology is significant dates.

1936: Alan Turing publishes “On Computable Numbers, with an application to the Entscheidungsproblem.” This paper established that some computations were, in principle, impossible to perform.

1936: Avant-garde playwright Antonin Artaud travels to Mexico to try mescaline. Artaud’s writings were very influential among the people who created the “happenings” of the 1960s and 1970s.

1938: LSD was first synthesized at Sandoz Pharmaceuticals in Switzerland, though its mind altering properties were not discovered until 1943. LSD, of course, was the major “drug” of the psychedelic 60s.

1945: Vannevar Bush published “As We May Think,” in the Atlantic Monthly. This article, written by a government research administrator, is often regarded as a harbinger of the personal computer revolution of the 1980s.

1945: Hungarian emigrant and polymath John von Neumann wrote “First Report on the Development of EDVAC,” the document that defined the basic scheme used to implement software in digital computers.

1953: Watson and Crick publish the double helix structure of DNA and thus initiate the age of microbiology, initiating biology into the information paradigm.

1956: The Bathroom of Tomorrow attraction opens at Disneyland.

1960: Robert Heinlein publishes Stranger in a Strange Land, which would become a major point of literary reference in the drug and mystical counter-culture of the 1960s.

1966: LSD and other psychedelics are outlawed, making it illegal for people to take trips.

1966: Original Star Trek series debuts on television, starting an entertainment franchise that would produce offspring for the rest of the century.

1969: Herbert Simon publishes The Sciences of the Artificial, a collection of essays that makes fundamental insights of the artificial intelligentsia accessible to a larger audience.

1969: Man lands on the moon, the first time we have traveled to another world from ours – in physical reality.

1969: The Defense Department’s Advanced Research Projects Agency (ARPA) establishes a nationwide network linking computer researchers to one another. This is the original seed of the internet.

1981: William Bennett appointed to head the National Endowment of Humanities, his first government post. This positioned him to declare and lead a culture war. Later he would become “Drug Czar” under President Bush.

1981: Ted Nelson publishes Computer Liberation, in which he describes an elaborate hypertext system he called Project Xanadu (after the kingdom described in Coleridge’s “Kubla Khan”).

1984: Apple Computer advertised their new Macintosh in a Super Bowl advertisement that pitched IBM in the role of Big Brother and the Mac as humankind’s liberator.

1984: William Gibson combines video game imagery with reggae music and mythology and sets it in the future, thus placing psychedelia and computing on equal terms in the cyberpunk world of Neuromancer.

1985: Steve Jobs purchases Pixar, from George Lucas, and establishes it as an independent computer graphics company. Pixar would go on to produce the first completely computer-generated motion pictures.

1990: The world-wide-web was proposed by Swiss researchers.

1991: Desert Storm, the first war televised live and in real-time. Now real war is at our fingertips, just like a video game.

1994: Netscape was founded, with its IPO in 1995. This is the first company created by the world-wide-web, and it started the dotcom bubble that was to burst in 2001.

1999: Inventor and businessman turned futurist guru Raymond Kurzweil publishes The Age of Spiritual Machines, a manifesto about a future in which machines will surpass the accomplishments of their human creators.

2000: Detroit Electronic Free Music Festive draws 1.5 million people in its first year and is dedicated to genres of music which cultivate trance states.

2003: Anti-war organizers used the world-wide-web to organize world-wide protests against the American-led war against Iraq.