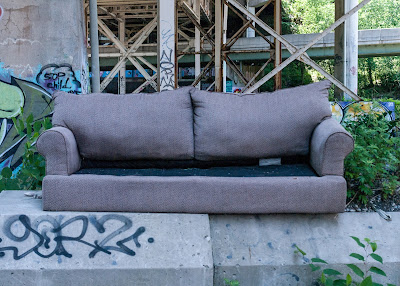 Pull up a chair and let’s talk.

Jersey City just had its Jersey City Mural Festival. I’ve even heard it referred to as “the first annual”, implying that it will happen again. I’m all for it.

I went to the Hamilton Park site early on Saturday afternoon and photographed all the walls, if not all the art – much of it was still in process. Now, as some of you may know, perhaps the major issue in photographing graffiti and street art is whether or not you capture only the art, or as close to it as you can, or you photograph the context as well. I’m in the context camp, though I’ve taken many photos that concentrate on the art itself. On Saturday it was difficult, though by no means impossible, to avoid context. Most of the art was incomplete, the artist was often on the wall, and there were people everywhere.

I was in heaven – speaking metaphorically. I particularly enjoyed the areas underneath the 12th street viaduct where you could see the ironwork and which were crowded with people. That spatial complexity – the walls, the ironwork, the people, and the play of light – is interesting in itself. 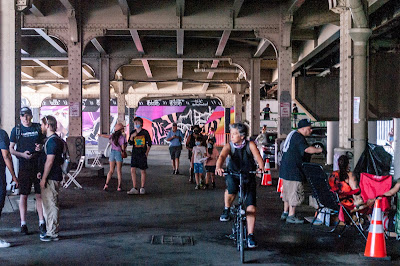 But I went a bit beyond, or perhaps it was behind, the festival space to photograph more ironwork, graffiti, and masonry. Look at this map: 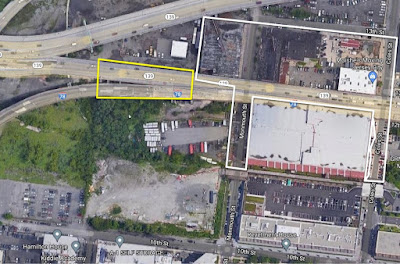 The white line more or less encloses the area where the festival walls are located. The yellow area is where I went, underneath the 12th Street viaduct. I’ve been there many times before, photographing the graffiti on the concrete stanchions and on the trailers that were often parked there.

This small ACRO piece invites us in: 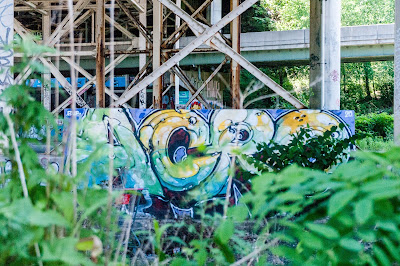 Notice the ramp leading from the 14th St. viaduct above. Look at the ironwork!

In this photo I’m directly under the 12th Street viaduct looking east, toward the festival area; you can just barely make out the ice house, flooded in light, at the left. 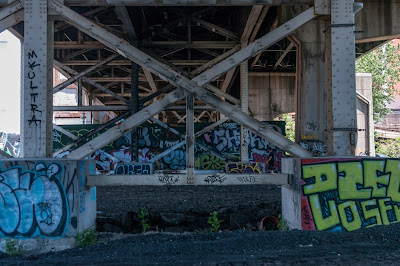 Why don’t we turn to the right: 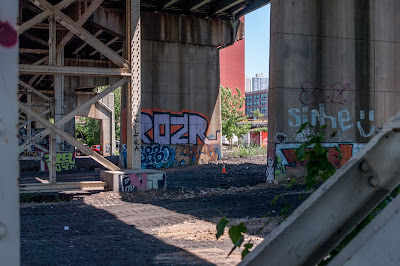 We've got ironwork, stressed concrete, and murals, all playing in the light.

I remain under the viaduct and turn further to the right, looking toward Dickinson High School. Just below Dickinson, curving along Bergen Hill, we'll find the path of an old trolley line that led into the Bergan Arches and then crossed over the chasm to the Heights just before Baldwin Avenue. 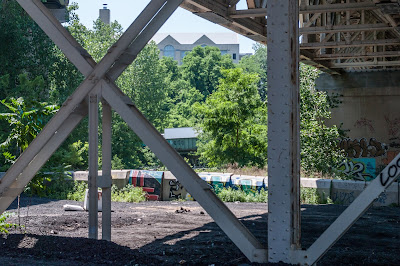 Back to looking at the 14th St. viaduct flying above graffiti on the ground: 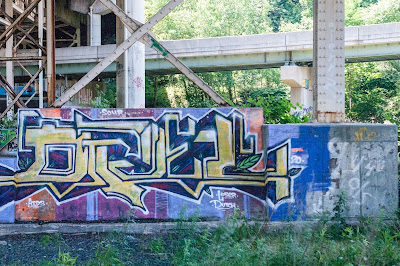 Why don’t we leave the way we came in, past ACRO: 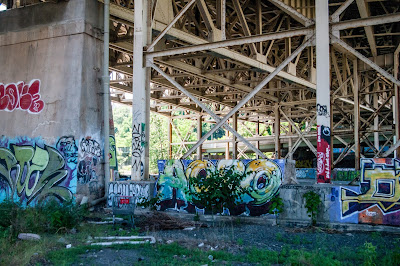 I can’t resist. One more taste before we leave. This is at the foot of one of those concrete stanchions supporting the thruway: 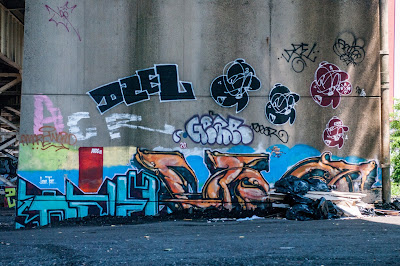 Now we’re back in the festival area. We came through that gate to get to these "back" areas. I assume that once the festival is over that gate will be locked. 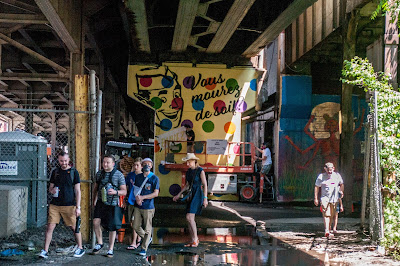