Sampling the Space: Disney’s Fantasia [is it time for a 21st century re-realization, one that evokes the current space?]

Bumping this to the top of the queue because, well, because it's about time. The world's changing. We need a new realization of the Fantasia idea. This realization should sample the world's musics rather than remaining confined to Western Classical music. What should the visual subjects be? Perhaps choose the same general topics as the original Fantasia, from 1941, but realized in different ways. 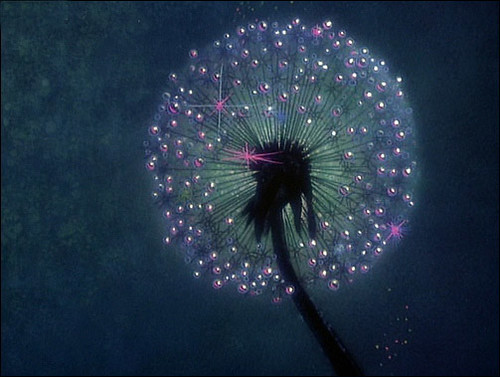 The following notes are an addendum to my original conjecture that Fantasia is encyclopedic in scope. That is, that it spans our knowledge of the cosmos, not by exhaustive listing, but by strategic indication. Each of the eight episodes, plus the interlude, depicts a different aspect of the cosmos – think, e.g. Rite of Spring for the cosmos large and small, Pastoral Symphony for domesticity, and so forth. If you then ask yourself, what’s the most compact subject area that embraces all of Fantasia, you’re left with nothing smaller than the cosmos as a whole.

How’d Disney do it? It was a group effort. Sure, good old Uncle Walt had the final say. But tens and hundreds of people were involved in coming up with ideas. Each searched their individual minds and offered ideas into the complex evolving system that was the production of Fantasia.

For those in digital humanities, note that I employ a mathematical metaphor, that of a space. But I don’t think of it as a mere metaphor. Done properly, it’s a model. 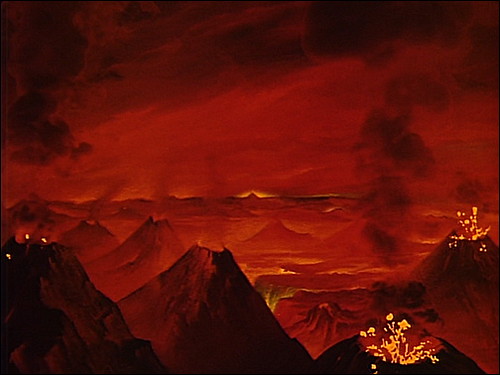 I’ve been thinking about this encyclopedia notion. I like it, I think it works, but I also think it’s a bit vague. What’s it mean to “cover/imply the world”? How many and what distribution of topics does a real encyclopedia have to have in order to qualify, good and proper, as an encyclopedia? How is it that Mendelson and Moretti know that those texts are encyclopedic? Sure, they give reasons and examples – as I did for Fantasia. But that’s all after-the-fact rationalization. What’s the original “aha!” recognition about?
I’ve asserted that Fantasia is encyclopedic in the way that Allegro Non Troppo and Fantasia 2000 are not. I’m sure I can argue the point – though I’d want to watch them again, while taking notes, rather than work from, e.g. the Wikepedia summaries (which seem adequate to me BTW). And that argument will be a comparison and contrast talking about the sorts of things I mention in the summaries of the Fantasia episodes. There’s nothing wrong with that, but I’m looking for something more precise, more quantitative. Or, perhaps a better formulation, something that's tractable in a different way, even objective.

What I’m thinking is that encyclopedic works have to “sample the space” in a certain way. What space? It’s a metaphor, obviously, and a common one. Color space is well known and has been extensively explored by artists, physicists, and perceptual psychologists. So, imagine a space that displays all the colors in the world – somewhere on your computer you’ve got color-pickers that allow you to navigate through various color spaces. Pick three colors. Three shades of red will be relatively close together in the space while a red, an orange, and a yellow will be further apart. But a red, a blue, and a yellow will be still further apart. That red, blue, and yellow “cover” more of color space than your three reds.

That’s the sort of thing I’m looking for. Color is well understood and the little story I told in the previous paragraph can be told in fairly precise mathematical terms. Can we do the same thing for all of human knowledge?

We’re working on it. Psychologists and cognitive scientists map all sorts of things onto abstract spaces. The classic semantic differential maps the connotative meaning of words onto three dimensions, goodness, strength, and activity. The five-factors personality model maps personality onto five dimensions. Computational semanticists map texts onto spaces of relatively high dimensionality – 100s or 1000s of dimensions. That’s what’s doing on in the text-mining software that Matt Kirschenbaum talked about during the Moretti-fest.

What could this possibly mean for literary texts? Well, we’re used to analyzing texts in terms of binary oppositions: male-female, nature-culture, rural-urban, good-evil, Caucasian-Other, ancient-modern, mechanical-organic, and so on. Think of each opposition as indicating the positive and negative poles of a continuum. We can now think of each of these oppositions as a dimension in semantic space. How many such dimensions do we need to characterize the semantic space of a given text? I’m thinking that the dimensionality of an encyclopedic text will be higher than that of an ordinary narrative.

Let’s consider 19th century American novels. Moby Dick is Mendelson’s designated encyclopedic text. So we take the that text and those of other 19th century American novels, analyze them with text mining software, and arrive at something we might call the “space of minimum covering dimensionality.” The space for Moby Dick should be higher than that for any other novel. And I’d guess it would be higher by a considerably margin rather than just a bit higher.

So, the value for MD would be, say, 2364, while the values for the other texts would range between, say, 937 and 1272. The numbers aren’t important, what’s important is that there’s a big gap between value for MD and the highest value for any non-encyclopedic narrative. 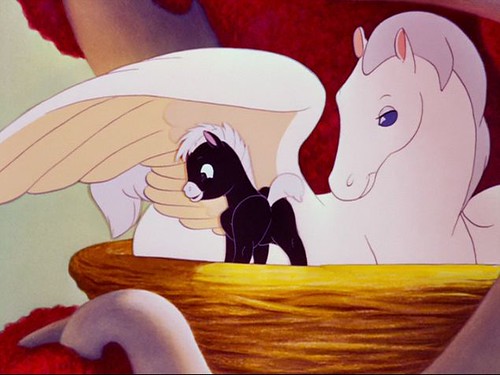 How do I know this? I’m just guessing, making it up as I go along. Why do I care about this sort of thing? Because I do. I’m just playing. Don’t I think this line of investigation will, er, harm literature? No, not in the least. The texts won’t feel a thing. 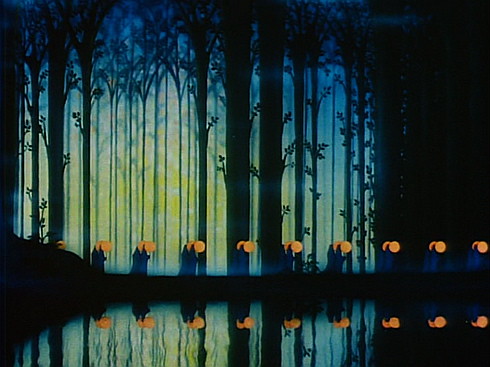 In contrast, we might say that, e.g. Oliver Twist, covers more area in some abstract space than, e.g. Hard Times, in the way that a quarter covers more area than a dime. But that’s not about dimensionality; that’s just spatial extent. Dimensionality is about the nature of the space, its structure. The difference between an encyclopedic and an ordinary narrative is like that between a sheet of paper (2D) and a cube (3D). 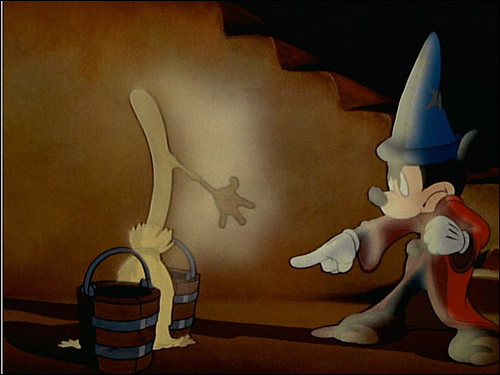 One of the things Moretti noted (p. 5) is that these works “do not really work all that well,” are perhaps “semi-failures”. Some measure of failure, it seems to me, follows from the singular nature of these works. If you are inventing a form as you go along, you are in no position to learn from previous examples, either your own or those of others.

But these (peculiar) failures might also be the result of the dimensionality requirements of encyclopedic coverage. There’s only so much “stuff” that can be packed into a coherent narrative. High narrative coherence puts limits on the dimensionality of the space. If you want to exceed those limits, then you have to use intrusive devices or various sorts – like long passages on whale taxonomy. If you are going to break the narrative once in such a way, well, that’s a flaw, straight-up. The flow is broken, but you don’t get much in return. So, do it once, do it 37 times, a different time each way, and be clever so that the whole becomes more than the sum of these multiple narrative interruptions. 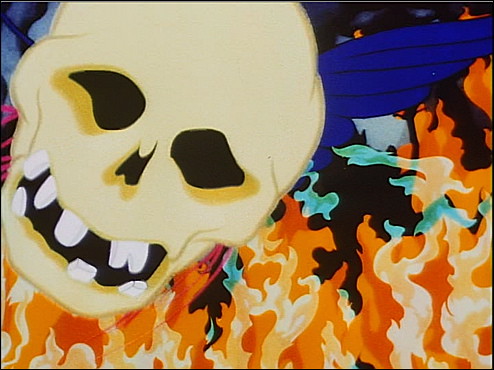 Why write such narratives at all? Because we need to bring the entirety of the world within the scope of a single imaginative vision. Why do we need to do that? Because that’s the way the brain is? 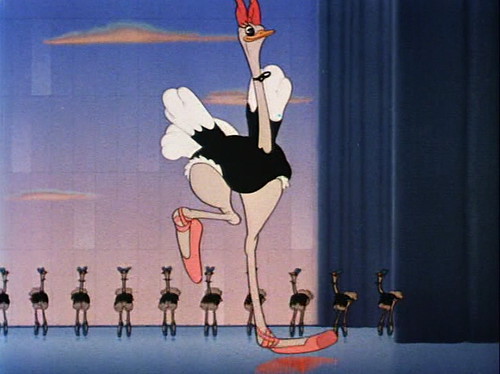 Conducting this kind of investigation for written texts is one thing. We’ve got very sophisticated tools for handling them. How would we do it for movies?

For certain movies, screen plays might be adequate proxies for the films themselves. For Fantasia, I don’t know. We might be able to work from the cue sheets used to indicate the relationships between the animation and the music. More likely, we’d have to devise a coding scheme and devise methods to analyze the codings, not only of Fantasia, Fantasia 2000, and Allegro Non Troppo, but also of ordinary narrative feature-length animated films. 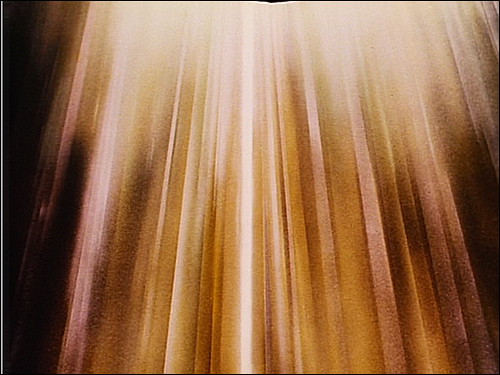