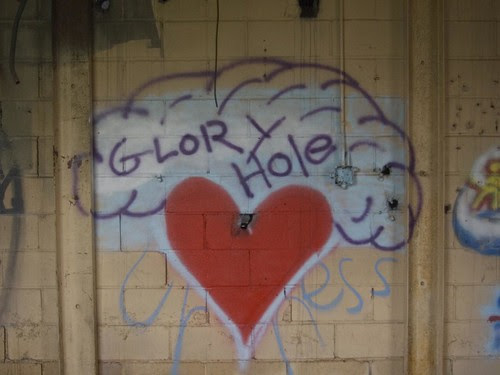 But what's that white lumpy thing draped over the heart? I could be a cloud; that was my initial reaction. But now I wonder. Maybe it's a (crude) image of the human brain, and the "y" in glory marks the Sylvan fissure. That puts the "Hole" on the temporal lobe and "Glory" on the lateral frontal lobe.
If so, then, however graphically crude, that's a conceptually sophisticated image.

ADDENDUM: I decided to check. This is what you see when you look through the whole in the wall: 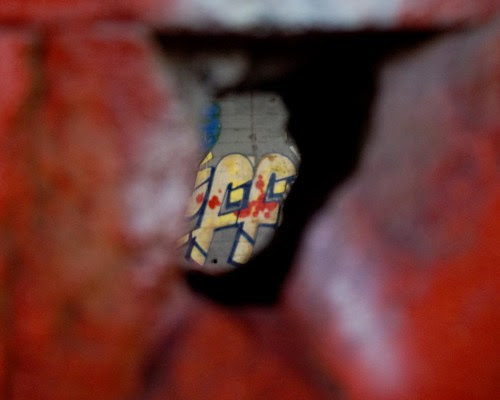