Back in 1984 Apple released the Macintosh computer. My friend Rich sent me a letter he'd written on one, not his, someone else's. It had some prose and one image, in the middle of the page. The fact that it could handle letters and images on the same page thrilled me. So I took out a bank loan and bought one: the 128K "classic" Mac, plus external floppy drive, a dot-matrix printer, and a carrying case. Cost me, I believe, $4400. Crazy, no!

I showed it to my friend, Dave, who needed a cover image for his book. So I sat down at the Mac, with Dave beside me, and we came up with this: 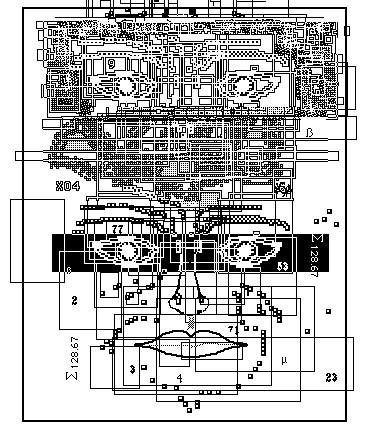 It turned out to be too intricate for the printer. So we had to use a different image.

Meanwhile that image, and a whole bunch more, resided on a 3.25 inch floppy disk. Some years went by, call it a decade, and Mac tech got slicker and cheaper. I bought a Proforma, I think it was called. It had a 20meg hard drive and a color CRT monitor. Amazing! So I added red lips to that image, like this: 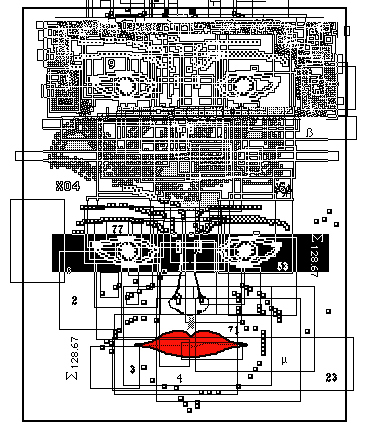 The years went by. I got another Mac, and another. Somewhere along the line I got Photoshop and began taking pictures in, say, 2004 or so. I played around with Photoshop and photos, but also messing around with those old MacPaint bit maps. For example: 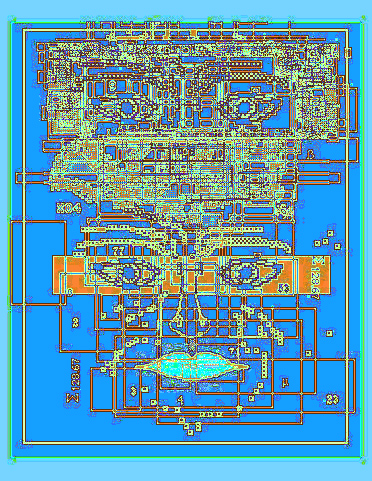 Not very compelling. In fact, rather repelling. But you get the idea. I did a number of those.

Then, yesterday, I decided to return to it. And I created this: 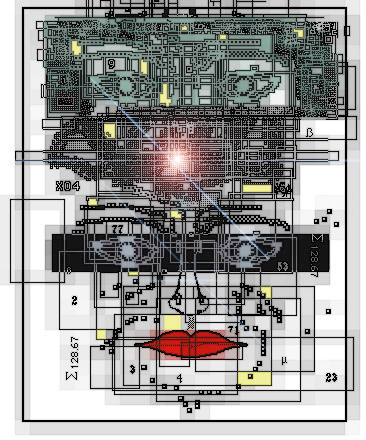 Of course I didn't go directly from the red lips version to that. I did a fair amount of playing, experimenting. Which is easy. Bewilderingly easy. You can easily get lost in trying out all the many tools Photoshop offers, and I've spent a great deal of time trying them out. By no means all of them, of course. That would drive me nuts. But I've settled on a few that I've worked with in this way and that, mostly on photos. I've got an idea what I can do with them.

On the way to the previous image I produced, among a dozen or so other images, these two: 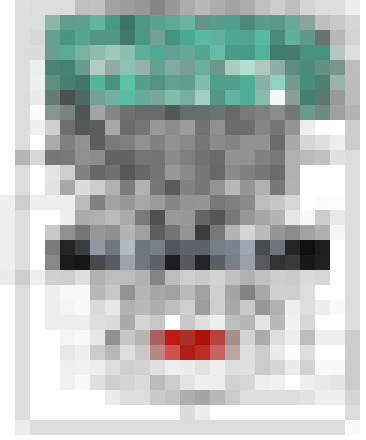 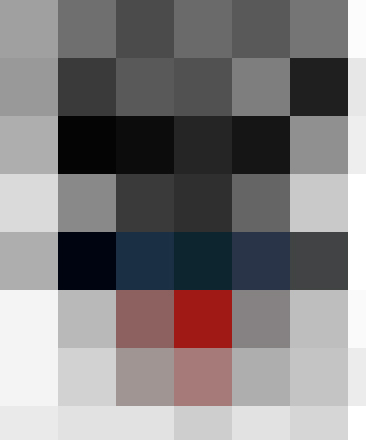 And then I decided to try something else.

I wanted something 'swirly' in the background. An ink drop diffusing in water, that would be just the thing. Fortunately I've got a lot of photos of that. Here's the one I picked: 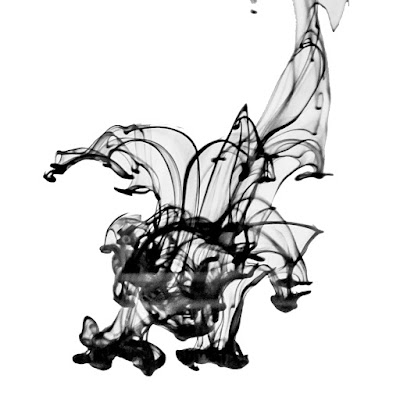 I used that as background, added some color with what's called a "gradient map" and then superimposed that 1984 MacPaint B&W bitmap and did a number of other things, which I won't go into. Here's two images I rather like: 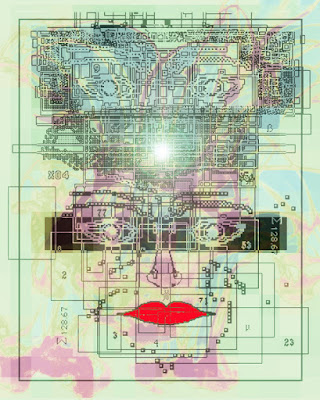 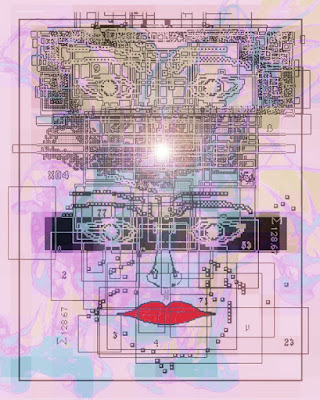 Think of them what you will, I never would have gotten there if I'd spent my time playing around with all the tools Photoshop offers. I had to pick a limited set of tools and work with them consistently. And I've done this for years. Without that discipline I'd have gotten lost in the maze of tools and their combinations and variations.

But then, I don't do photographs and graphics full time. I also write, a lot. Someone who is a full time artist or graphic artist would have much more time to experiment with Photoshop and various other tools. But a graphic artists has to have clients, and they want more or less what's already out there. So the graphic artist has to produce to the market place. That limits their experimentation. Perhaps they stopped genuine exploration when they got out of school, assuming they studied graphic design in college.

A fine artist likely has more time for experimentation. But they too have to produce to the marketplace. If they are very successful and get highly paid for their work, then maybe they have time to experiment, really experiment. Do they? Even if they do, I suspect the possibilities inherent in these tools and endless, just endless. Even with all the time in the world you're going to get lost unless have exercise discipline. Surely Jackson Pollock developed routines he'd use to fling the paint about. Surely Rothko had is favorite regions of color space. Even Warhol, with all his assistants, even he had to exercise discipline.

One last image, a simple(r) one: 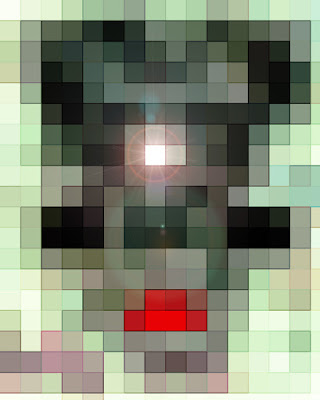