Super-AGI is all bent out of shape: 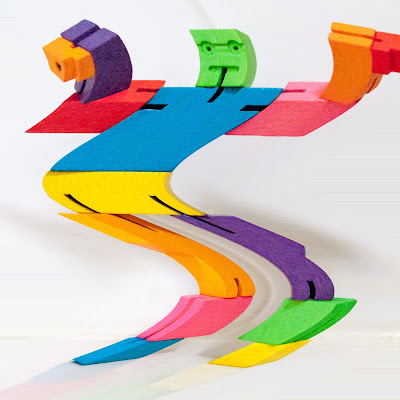 Eliezer Yudkowsky has just run-up a post entitled, AGI Ruin: A List of Lethalities. It's tagged as a 44 minute read, which is more time than I've got to give on this subject. But it's nice to know the catalogue is there.

(If you're already familiar with all basics and don't want any preamble, skip ahead to Section B for technical difficulties of alignment proper.)

I have several times failed to write up a well-organized list of reasons why AGI will kill you. People come in with different ideas about why AGI would be survivable, and want to hear different obviously key points addressed first. Some fraction of those people are loudly upset with me if the obviously most important points aren't addressed immediately, and I address different points first instead.

Having failed to solve this problem in any good way, I now give up and solve it poorly with a poorly organized list of individual rants. I'm not particularly happy with this list; the alternative was publishing nothing, and publishing this seems marginally more dignified.

1. Alpha Zero blew past all accumulated human knowledge about Go after a day or so of self-play, with no reliance on human playbooks or sample games. Anyone relying on "well, it'll get up to human capability at Go, but then have a hard time getting past that because it won't be able to learn from humans any more" would have relied on vacuum. AGI will not be upper-bounded by human ability or human learning speed. Things much smarter than human would be able to learn from less evidence than humans require to have ideas driven into their brains; there are theoretical upper bounds here, but those upper bounds seem very high. (Eg, each bit of information that couldn't already be fully predicted can eliminate at most half the probability mass of all hypotheses under consideration.) It is not naturally (by default, barring intervention) the case that everything takes place on a timescale that makes it easy for us to react.

2. A cognitive system with sufficiently high cognitive powers, given any medium-bandwidth channel of causal influence, will not find it difficult to bootstrap to overpowering capabilities independent of human infrastructure. The concrete example I usually use here is nanotech, because there's been pretty detailed analysis of what definitely look like physically attainable lower bounds on what should be possible with nanotech, and those lower bounds are sufficient to carry the point. My lower-bound model of "how a sufficiently powerful intelligence would kill everyone, if it didn't want to not do that" is that it gets access to the Internet, emails some DNA sequences to any of the many many online firms that will take a DNA sequence in the email and ship you back proteins, and bribes/persuades some human who has no idea they're dealing with an AGI to mix proteins in a beaker, which then form a first-stage nanofactory which can build the actual nanomachinery. (Back when I was first deploying this visualization, the wise-sounding critics said "Ah, but how do you know even a superintelligence could solve the protein folding problem, if it didn't already have planet-sized supercomputers?" but one hears less of this after the advent of AlphaFold 2, for some odd reason.) The nanomachinery builds diamondoid bacteria, that replicate with solar power and atmospheric CHON, maybe aggregate into some miniature rockets or jets so they can ride the jetstream to spread across the Earth's atmosphere, get into human bloodstreams and hide, strike on a timer. Losing a conflict with a high-powered cognitive system looks at least as deadly as "everybody on the face of the Earth suddenly falls over dead within the same second". (I am using awkward constructions like 'high cognitive power' because standard English terms like 'smart' or 'intelligent' appear to me to function largely as status synonyms. 'Superintelligence' sounds to most people like 'something above the top of the status hierarchy that went to double college', and they don't understand why that would be all that dangerous? Earthlings have no word and indeed no standard native concept that means 'actually useful cognitive power'. A large amount of failure to panic sufficiently, seems to me to stem from a lack of appreciation for the incredible potential lethality of this thing that Earthlings as a culture have not named.)

From Section B, the 'technical' stuff:

Okay, but as we all know, modern machine learning is like a genie where you just give it a wish, right? Expressed as some mysterious thing called a 'loss function', but which is basically just equivalent to an English wish phrasing, right? And then if you pour in enough computing power you get your wish, right? So why not train a giant stack of transformer layers on a dataset of agents doing nice things and not bad things, throw in the word 'corrigibility' somewhere, crank up that computing power, and get out an aligned AGI?

Section B.1: The distributional leap.

10. You can't train alignment by running lethally dangerous cognitions, observing whether the outputs kill or deceive or corrupt the operators, assigning a loss, and doing supervised learning. On anything like the standard ML paradigm, you would need to somehow generalize optimization-for-alignment you did in safe conditions, across a big distributional shift to dangerous conditions. (Some generalization of this seems like it would have to be true even outside that paradigm; you wouldn't be working on a live unaligned superintelligence to align it.) This alone is a point that is sufficient to kill a lot of naive proposals from people who never did or could concretely sketch out any specific scenario of what training they'd do, in order to align what output - which is why, of course, they never concretely sketch anything like that. Powerful AGIs doing dangerous things that will kill you if misaligned, must have an alignment property that generalized far out-of-distribution from safer building/training operations that didn't kill you. This is where a huge amount of lethality comes from on anything remotely resembling the present paradigm. Unaligned operation at a dangerous level of intelligence*capability will kill you; so, if you're starting with an unaligned system and labeling outputs in order to get it to learn alignment, the training regime or building regime must be operating at some lower level of intelligence*capability that is passively safe, where its currently-unaligned operation does not pose any threat. (Note that anything substantially smarter than you poses a threat given any realistic level of capability. Eg, "being able to produce outputs that humans look at" is probably sufficient for a generally much-smarter-than-human AGI to navigate its way out of the causal systems that are humans, especially in the real world where somebody trained the system on terabytes of Internet text, rather than somehow keeping it ignorant of the latent causes of its source code and training environments.)

Skipping over a lot of material (note the paragraph number) we arrive at the last gasp:

43. This situation you see when you look around you is not what a surviving world looks like. The worlds of humanity that survive have plans. They are not leaving to one tired guy with health problems the entire responsibility of pointing out real and lethal problems proactively. Key people are taking internal and real responsibility for finding flaws in their own plans, instead of considering it their job to propose solutions and somebody else's job to prove those solutions wrong. That world started trying to solve their important lethal problems earlier than this. Half the people going into string theory shifted into AI alignment instead and made real progress there. When people suggest a planetarily-lethal problem that might materialize later - there's a lot of people suggesting those, in the worlds destined to live, and they don't have a special status in the field, it's just what normal geniuses there do - they're met with either solution plans or a reason why that shouldn't happen, not an uncomfortable shrug and 'How can you be sure that will happen' / 'There's no way you could be sure of that now, we'll have to wait on experimental evidence.'

A lot of those better worlds will die anyways. It's a genuinely difficult problem, to solve something like that on your first try. But they'll die with more dignity than this.

FWIW, Eliezer Yudkowsky and Elon Musk do not play well together.