Ornette Coleman says that Carman Moore, a recent Guggenheim Fellow, is “the greatest composer...in the whole world”, and who am I to question Mr. Coleman in such matters? His Skymusic Ensemble is pretty freakin’ good, too! and I’m saying that myownself because I heard them with my own ears last night (Friday 18 October) at the famed West Park Presbyterian Church in New York City.

But I get ahead of myself. I want to ease into it. 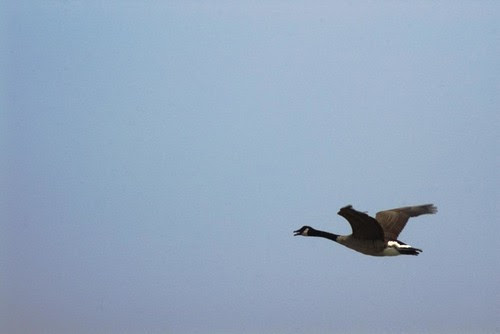 I met Carman several years ago when I was working with Zeal Greenberg on his World Island project. A couple years before Zeal had had a dream and the dream gave him a poem, “The Heart of the World is in Your Hands.” And the poem needed a composer. So it arranged for Zeal to bump into Moore in an elevator – maybe that isn’t quite what happened, but whatever it was, it was arranged by those princes of Serendip – and Moore provided Zeal’s poem with the music it had requested.

So I meet Moore at one of Zeal’s parties, or perhaps at the office, who knows. However it went, we ended up in the basement of Jim Papoulis’s house on the Upper West Side recording “The Heart of the World” with a soprano soloist and a small children’s chorus. Things went well, not perfectly, but well. Carman was cool.

Somewhere along the line I heard a recording of some hip-hop he’d written and recorded with his granddaughter, learned about a children’s theatrical work he was scoring, along with other bits and pieces about his musical life. And he played keyboard accompaniment to the Dali Lama? The dude’s been around. So, why hadn’t I heard of him before? 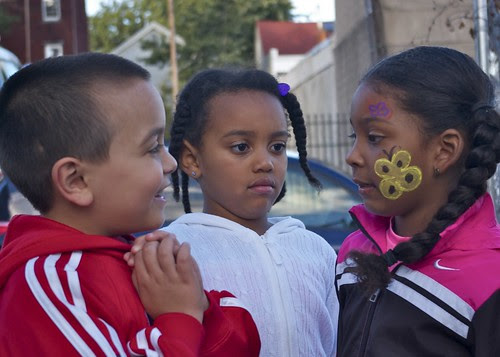 Then about two years ago at this time I attended the premier of Carman Moore's Concerto for Ornette. It was performed by the New Julliard Ensemble with Coleman in attendance, but, alas, not playing the solo part.

The concerto is wonderful! I suppose it's a jazz/classical fusion, but if you came to it with little prior knowledge of those two idioms, but with some musical sophistication, well, you'd never know it was a fusion. It was seamless. And not jazz/classical. Three movements, standard for classical concerti. Lots of textures, in-time here, floating time there, varying attitudes toward tonality. There was a totally through-composed solo alto line in the ensemble. And a lot of open space for Ornette.

Or, in this case, one Morgan Jones, who teaches in the Julliard jazz program. He played like he was asking for permission. You wanted him to weld that sax to the ceiling, float delicately down to terra firma, and then romp around. As Steve Smith said in The New York Times “despite Mr. Jones’s confidence and authority Mr. Coleman would probably have taken a more assertive stance.” Oh yeah! 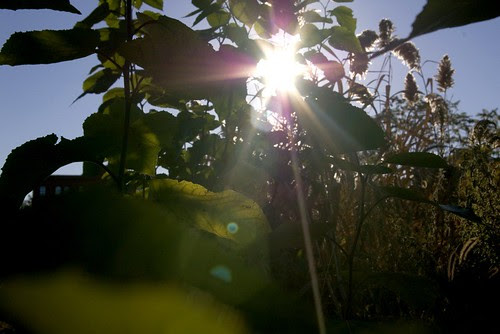 From the Ground to the Sky

But the range of sonorities Moore and Skymusic produced was remarkable, rivaling that of a full-out symphony orchestra. And sonority’s the key. If you listen to a piano reduction of, say, a Beethoven symphony – some years ago Glenn Gould recorded such a reduction of the Fifth Symphony – the essence of the music is still there, the melodies, the harmonic movement, the conflicts and resolutions, it’s all there. The sound itself isn’t so rich, but the music survives.

The Quiet Piece, the show closer, features Tibetan singing bowls. Those notes would be meaningless in piano reduction, and yet those long sonorous peals hold the piece together. And there were deep crunching synthesizer growls that really drove Righteous Heroes, the show opener, down into the ground. The specific sonorities matter. 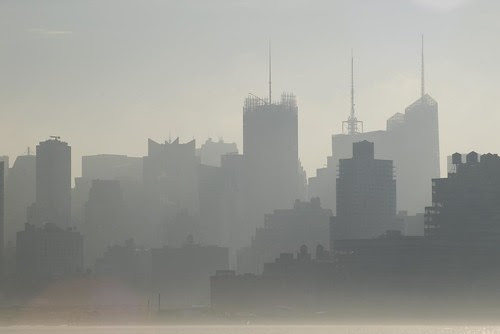 And then there’s the fact that the members of Skymusic are improvisers. We know that those old classical dudes improvised, Bach, Mozart, Beethoven, they all did. Do you think Chopin and Liszt simply slaved away at the score paper? Nah, they made stuff up at the keyboard and every once in awhile snagged some stretches and tied them down to score paper. But, except for liturgical organ, the improvisational life had been wrung out of the Western classical tradition by the end of the 19th Century. Even the virtuoso soloists were copping cadenzas written by someone else.

The result is a hot-house style of music making in which spoiled-brat performers have to be kept in line by a disciplinarian conductor scowling them into submission. When it all works the result can be thrilling. But, honestly, who needs all that grief?

The members of Skymusic are adults. And so Moore’s music gives them room to breathe, to make stuff up, to improvise. His star fiddlers improvise cadenzas in To High Heavens – separately and together – at the end, which is where cadenzas usually go in the Western art music tradition. No, Moore hasn’t dumped the tradition; he uses it; judiciously.

Because Moore’s music is open and breathing it was easy to add a vocalist, Mor Dior Bamba, to Righteous Heroes. Another voice (wow!), another sonority (and another continent), and more stuff made up to fit the moment.

Thus it’s no surprise that the second piece on the bill (for Moore’s festival, remember?) was a solo improvisation by Marianna Rosett, Fantasy for Solo Piano, bringing Romantic pianistics alive in this, the early 21st Century. And Kenneth Bichel conducted his own Danza Sagrada to open the second half. There it was, the magical realism of Julio Cortazar’s prose come alive on the Upper West Side.

Finally, a word for the choreography and dance of Kiori Kawai, in The Quiet Piece. Well, two words: sinuous, sumptuous. And set off nicely by Caterina Bertolotto’s images projected above the ensemble and weaving Kawai’s movements into the texture of the space. Multi-media that grooves. 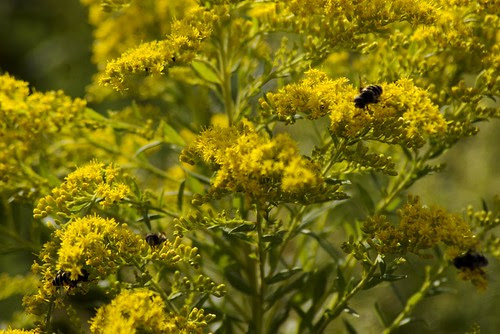 This was the first of two nights of music. Tonight’s concert starts at 7PM. You can purchase tickets online or at the door. On the program:

Girl of Diamond Mountain is an "operatic" song cycle of 14 songs for keyboard and voice concerning the parental neglect of a little girl and her subsequent sexual abuse by her uncle. The songs also deal with the girl as she grows up wild and distorted before finding a degree of peace through love and spiritual understanding. The work was co-composed via "magical" improvisations over some 2 years by Mr. Moore, who will play on a wide variety of electronic sounds and Danish actress and singing star Lotte Arnsbjerg, who will sing. Girl of Diamond Mountain is taken from real-life incidents known to Ms. Arnsbjerg. 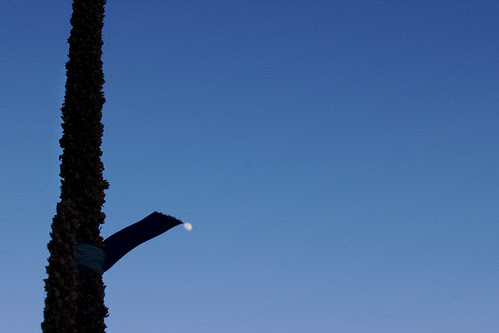