Baby Feet: What’s Up With Representation?

Despite the fact that it has no photographs, this post a companion piece to What’s Photography About, Anyhow? Consider the following image, which is not a photograph: 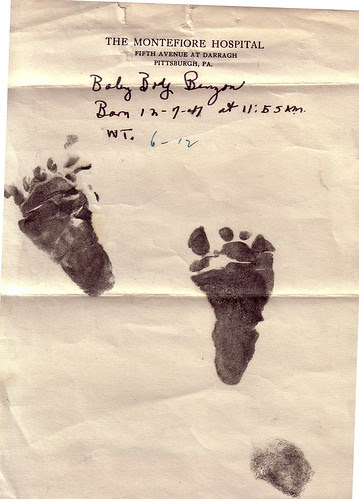 It’s a digital scan of a piece of paper, a piece of paper that has my baby footprints on it. We can equivocate over whether or not those prints represent me or my feet but there is a clear iconic relationship between those prints and my feet as a newborn – the smudge at the lower right is my father’s thumb print.
I’ve manipulated that image in ways similar to the manipulations I used one of the photographs in that earlier post: 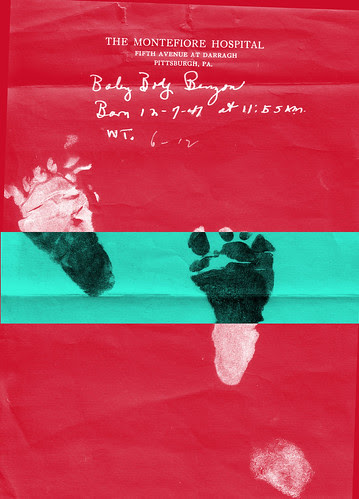 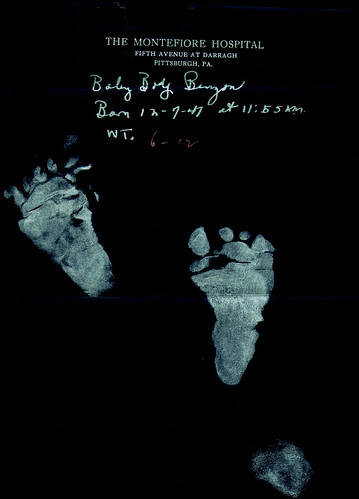 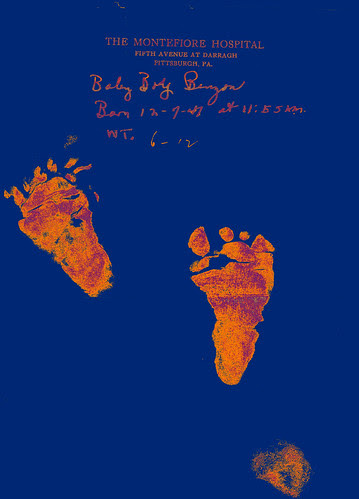 We can also quibble over whether or not any of these manipulated images qualifies as art, though I note that they’re not so different in kind from things that Andy Warhol did with silk screen prints of various images. But that’s not what this post is about, though the question does interest me.
I’m after something a bit different. You see, I engaged in more extensive manipulations of my sister’s baby footprints. And I’d kinda’ like to show them, but not without her permission. And I’ve not yet asked her.
THAT’s what this post is about, that reluctance. It’s not as though there’s anything particularly private or intimate about those ink smudges. But there’s a vital connection between those smudges and a person, a person I know. THAT’s what’s causing the problem.
And whatever THAT is, it’s in the same mental-cultural territory as the Old Testament’s prohibition on graven images of God. Islam, I believe, forbids making images of people, all people.
Images of people are special. They’re NOT like other images. A given individual, or a whole culture, may have the kind of sophistication that allows them to see that an image of a person is just that, an image, and no more. It does not somehow capture their spirit. But the impulse that it does exactly that never goes away. It’s always there.
And that’s why I’m reluctant to show those images of my sister’s baby footprints. However, after thinking this through I decided that, as long as I don’t show any image where the footprints are recognizable as such, it’s OK to post some of the more radically manipulated versions. The manipulation effectively severs the connection between the image and my sister.
So, here’s four of them: 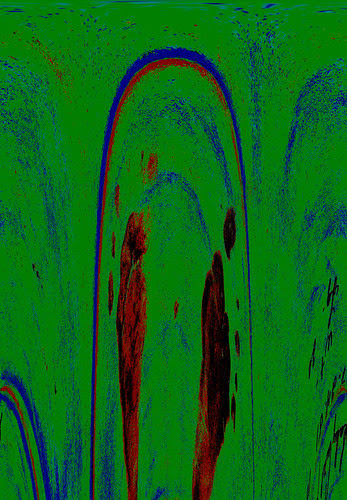 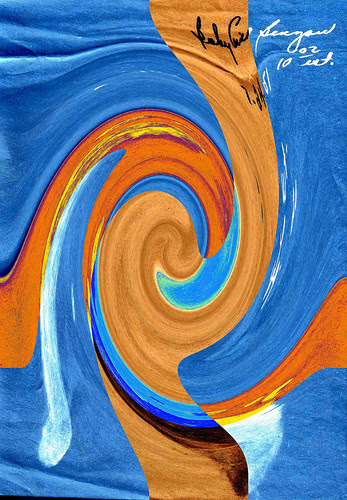 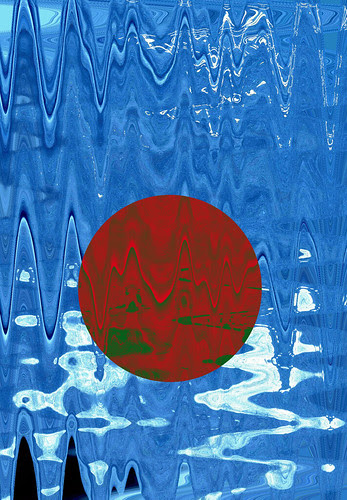 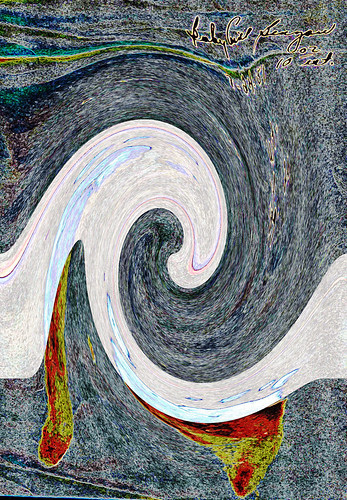 Now, let’s push this one step further. Some years ago, back in the previous millennium, Bruce Jackson was doing some research at a prison in Arkansas – he’s a folklorist and photographer – and was given a bunch of ID photos of prisoners. Just the photos, nothing else about them. The photos are anonymous.
Which is pretty much the point of ID photos. They provide a means of visual identification, but no more. The photos are taken according to a set of conventions designed to minimize, if not erase, the humanity of the subject. A couple of years ago Jackson decided to see if, though photoshopping, he could restore that humanity.
I’ve not seen any of the resulting photographs so I can’t judge whether or to what extent he succeeded. But I understand why he undertook the project, which resulted in a book: Bruce Jackson, Pictures from a Drawer: Prison and the Art of Portraiture (2007).