Two Problems for the Human Sciences, and Two Metaphors

My first post for 3 Quarks Daily is out (same title as this post). The post started out as a defense of the humanities, and I suppose it still is that. But I framed it differently, as two problems to be solved by the human sciences in general.

In a way, though I didn't say this, more and more I'm thinking of the humanities as the advance scouts of the human sciences, the first ones into the new territory. Recently, though, we've come up against some strange problems, and many of the others have tuned out and started complaining, hence this line near the end:

To put it bluntly, when it comes to mind and culture, the scientists don’t know what they’re talking about and the humanists haven’t quite figured out how to talk about what they know.

The two problems: wouldn't you know it, ring form and literary history (as represented by the "break" between Shakespeare and the novel). The two metaphors: chess, for the relationship between biology and culture, and a cathedral, for the relationship between the humanities (represented by literary criticism) and the newer psychologies and such (cognitive science, evolutionary psych, the neurosciences, and this and that). 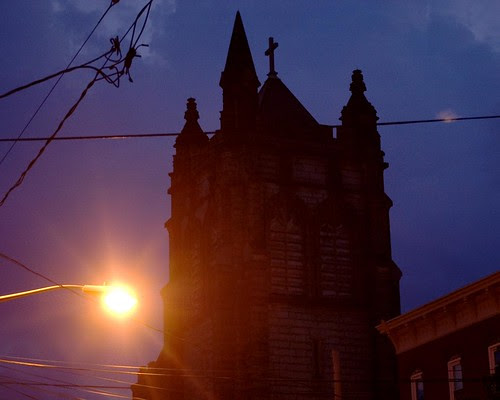 There's a funny thing about the cathedral metaphor, though. The cathedral itself presents the same problem for which I use it as a metaphor: What's it all about? Curious.