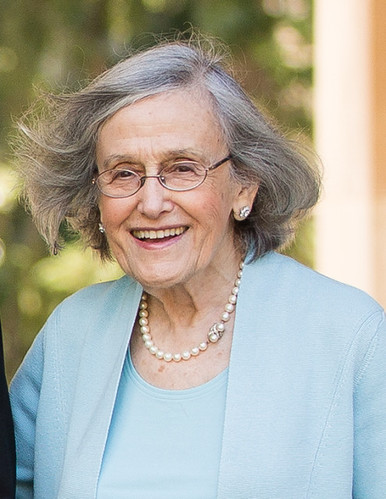 I was taking my shower Thursday morning, Thanksgiving day, and thought, “I ought to tell Janet, she’d like that”. I’d just posted something about her husband (and my teacher) to Twitter and it had gotten a nice acknowledgement. The last time we’d spoken Janet had mentioned that she thought that Dave, who’d died in 1995, had never gotten the recognition he deserved. This little bit of recognition, and it was only a little bit, would have pleased her.

But Janet had died a week earlier. So I couldn’t share that bit of news with her.

That’s how it is when people die. You can’t talk with them anymore. You lose a world of conversation with each person who dies. For me, there are conversations I can only have with one or two people. When one of them dies, so does a bit of me.

Let me tell you one story about Janet. I’d met her when I was studying with Dave Hays in graduate school at SUNY Buffalo back in the mid-1970s. She’d come to live with him just before they got married. This is a photograph taken on their wedding day: 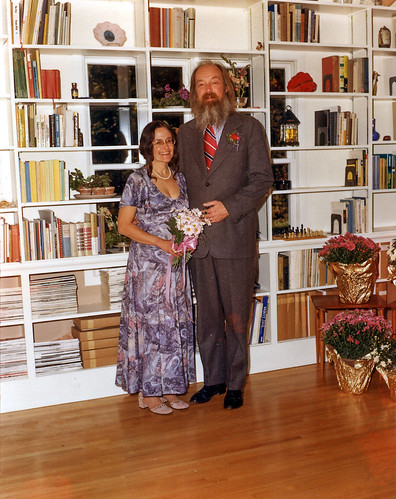 They’re standing in the library of their house, which was on about a hectare of land on the eastern shore of Lake Erie.

I don’t know when this particular conversation took place, before or after their marriage or, for that matter, after they’d left Buffalo and moved in New York City in the early 1980s. Just when and where  doesn’t matter much. The substance does, for it is one of those “touchstone” moments that I keep with me for one purpose or another. The purpose of this moment is intellectual.

I was talking to Janet and to Dave about my undergraduate years at Johns Hopkins and told them about a class I’d taken in Milton in my junior year. I had no particular interest in Milton and his Paradise Lost, and rather suspected I wouldn’t like him all that much. But I took the course because it was a ‘last hurrah’ for a legendary scholar, Don Cameron Allen. He taught the course with the comic delivery of W.C. Fields.

It was a wonderful course. And, no, I didn’t warm up to Milton. But I saw that he was a great poet, that his purpose in Paradise Lost was a deep and noble one – to justify God’s ways to man – and that I could appreciate his greatness despite the fact that I didn’t particularly like his stern Protestant world view. That was very important, learning to discriminate between my own particular tastes and interests and artistic greatness.

Janet responded by observing that she learned pretty much the same distinction while studying social work. You must respect and serve your clients regardless of whether or not you find them personally appealing. Deep down it’s the same distinction I learned in studying Milton and Janet saw it instantly. That distinction is an important one to make and I was grateful to Janet for pointing out that the distinction is about more than literature. It is about how we interact with others.


This photograph was also taken on their wedding day: 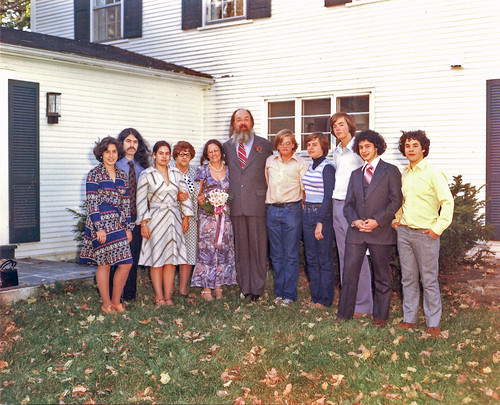 Dave and Janet are in the middle. His three children are to his immediate left, Tom, Dorothy, and Warren. The other five children are Janet’s, but I can’t identify them, though I know one is named Lisa and another is Josh. I have no idea about the identity of the women to Janet’s immediate right. Lisa Eisenberg has completed the identifications for me. The woman to Janet's right is her mother, Sara. Then starting from the left we have Nancy, Jim, and Lisa and at the far right of the picture, Josh (next to Warren) and Andy on the end.