According to my rather limited observations, some sunflowers look like this when the first blossom 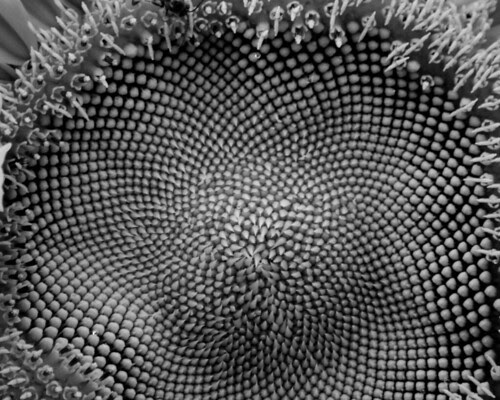 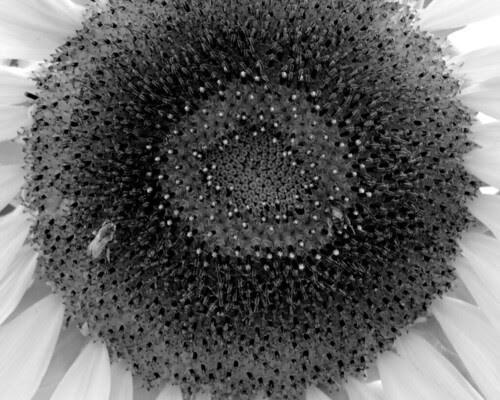 Though it may not be obvious, the arrangement of the individual florets, as I believe they are called, is the same in the second photograph as in the first. That arrangement has been subject to mathematical investigation and computer modeling, as have many naturally occuring patterns.

Each of those florets will develop into a seed and the overall patterning will, or course, be preserved as they mature. Here's some photographs depicting later stages of the process. The photos are of different flowers. With a bit of work I suppose I could match them up so as to have all the photos of a given flower together. But my object here is informal, and so that tedious labor is not necessary. You may want to ignore the flys that show up, as they're extraneous to this exercise, informal as it is. 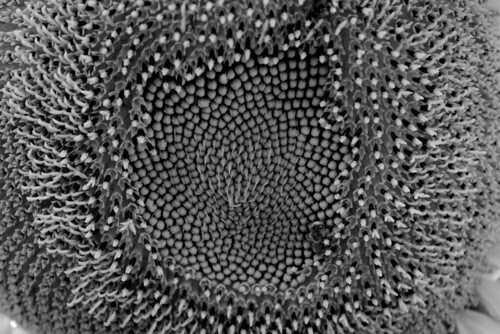 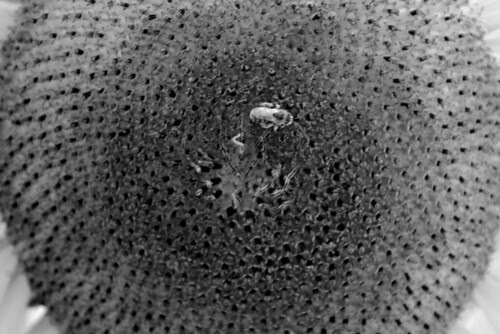 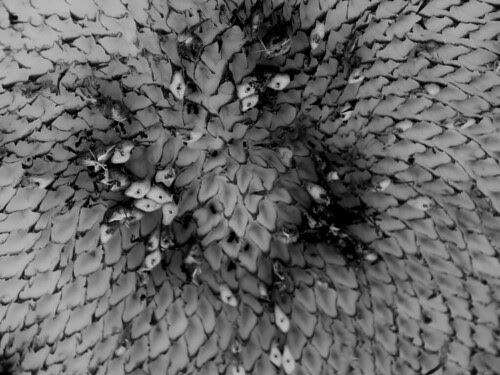 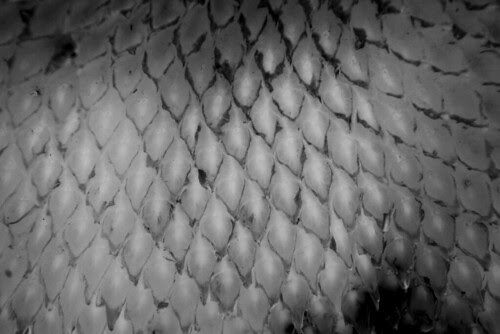 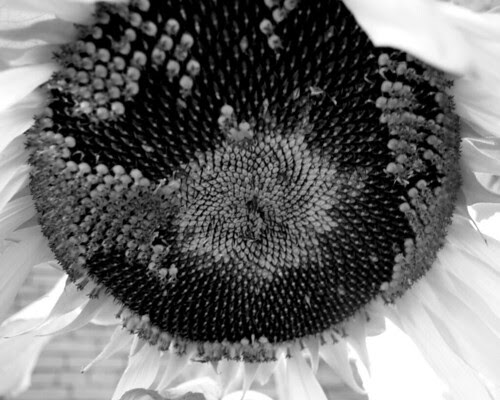