Celebrating the Future Independence of Vermont, at the Vermont Statehouse in Montpelier: Toward a Politics of Jubilee

I spent Friday, 14 September, in and around the Vermont Statehouse. Sometime back in the mists of time past some good Vermont citizens decided that, in the face of the cancerous growth of the American state, that Vermont folks of conscience and caring had to organize and urge their fellow Vermonters to secede from the Union. And so the Vermont Independence Party (VIP) was born.

Friday was their third state-wide convention, with visitors from several other states as well. This convention was organized toward the reading of The Montpelier Manifesto, listing 29 grievances against the Federal Government of the United States of America and urging secession. The conference was held in the House Chamber of the Vermont Statehouse, for it seems that, by law, Vermont citizens have the right to occupy use the statehouse when it is not otherwise in use.

I was there with the Northeast Irregulars, a contingent of the New York Path to Peace, organized by Charlie Keil. We brought musicians from Jersey City, New York City, Connecticut, and Vermont. At least.

Here's some photographs of that glorious day. I apologize to all those who were there but not in these photos. 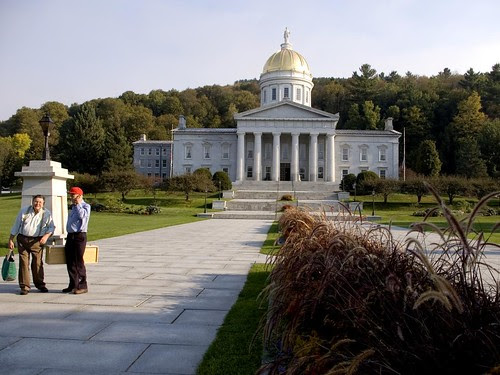 That's Charlie Keil on the right and Jack Lazarowski on the left. Jack and his wife Linda put Charlie and I up for the night. Thanks, Jack and Linda! 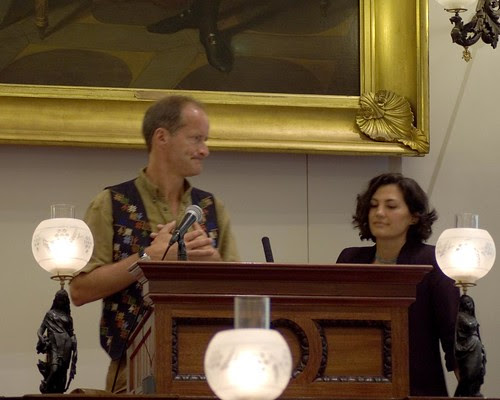 Julie Buck and Rob Williams at the podium on the House Chamber. They were co-chairs for the event. 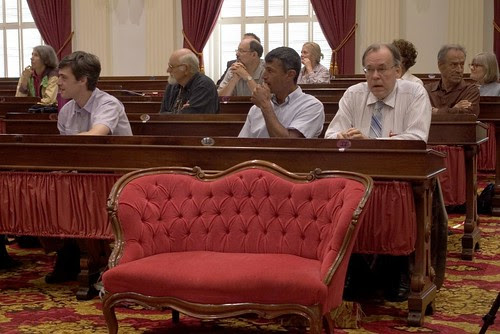 Citizens, and look at that classy red settee! 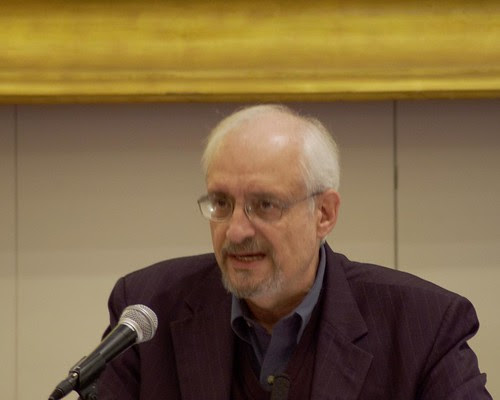 Morris Berman delivering his keynote address, "La longue durée." Alas, Vermont's not going to declare independence tomorrow. So, you gotta' be in it for the long haul. 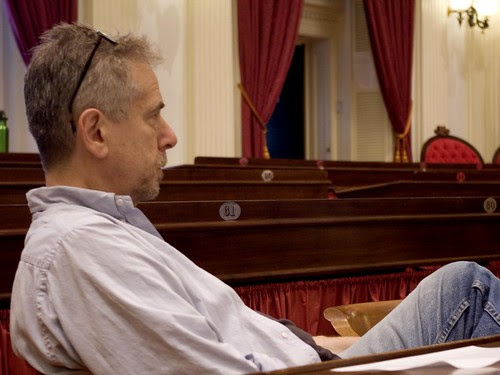 Steve Swell, tombonist extraordinare and member of the Northeast Irregulars of the New York Path to Peace. 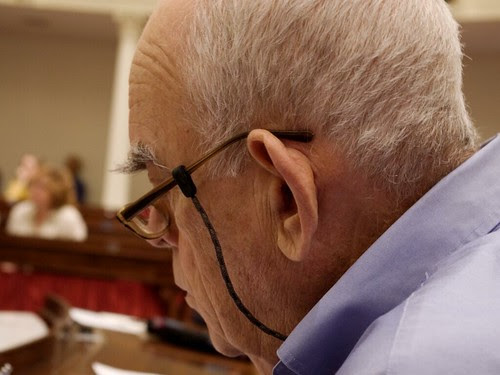 Citizen Keil, contemplating the bust-up of the state that's too big to succeed. 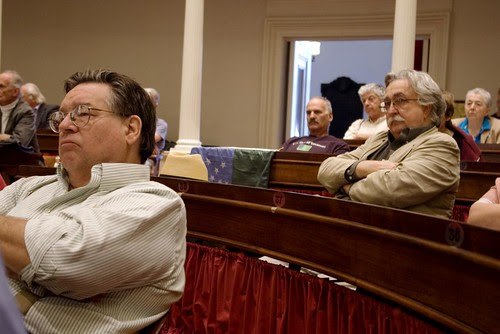 Citizen Lazerowski on the left. Dan Murphy, of One Over Zero. 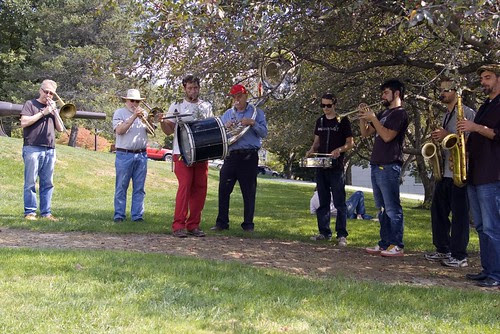 Eight ninths of the New England Irregulars on the lawn in front of the State House. I'm the ninth irregular. 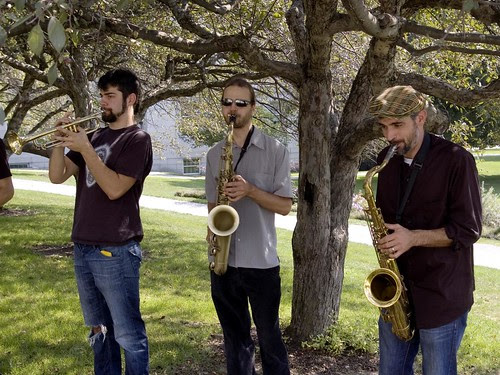 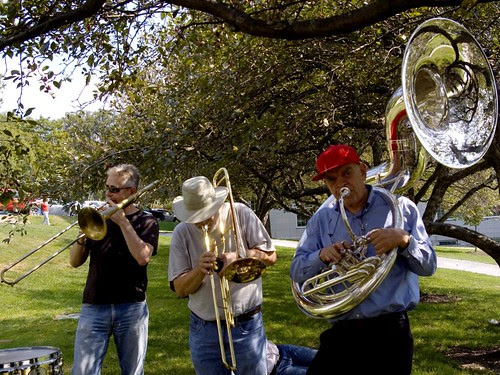 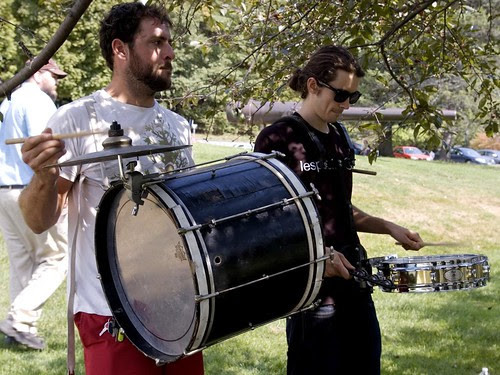 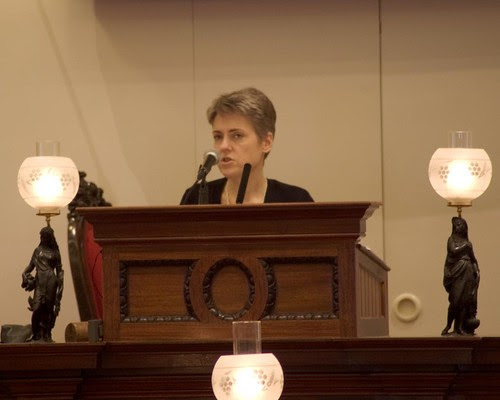 Lierre Keith, second keynote address: "A Prayer for the Gods of Vermont." 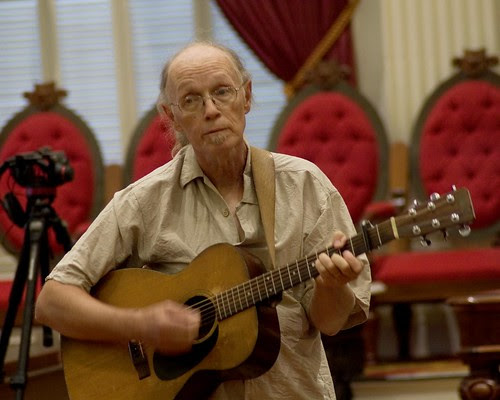 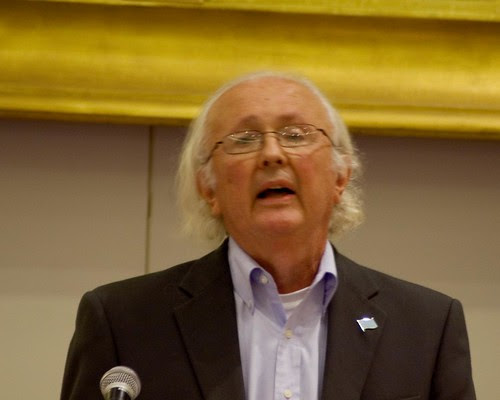 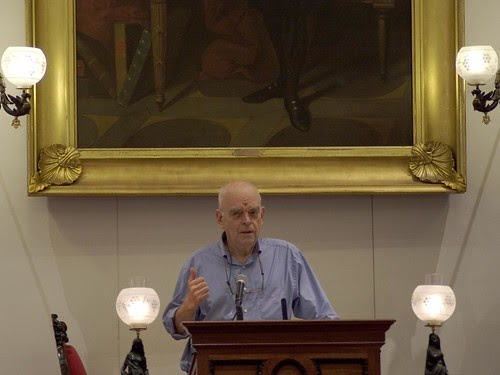 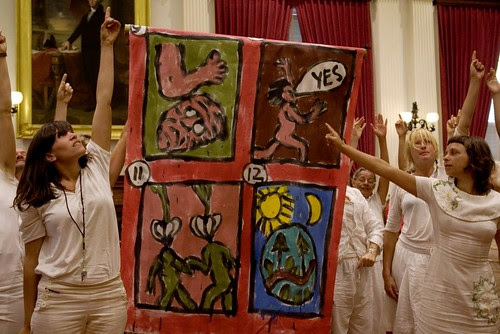 Bread and Puppet Theater, leading us in Upriser Calisthenics. Before they went on there was some discussion out in the lobby as to whether they would be allowed to use those nice banners. It seems the some kinds of banners are not permitted in the House Chamber. I believe, but am not sure as I only overheard the discussion while I was dozing on a couch, that what's prohibited is partisan political sloganeering. Something like that. 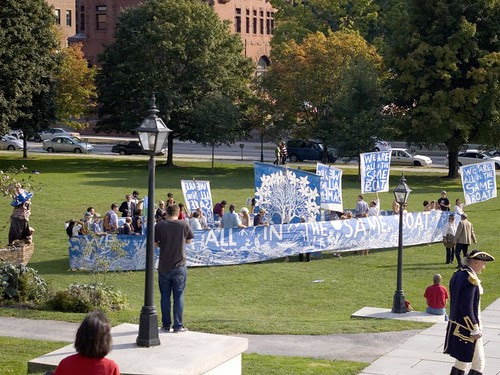 "We Are All in the Same Boat"–Bread and Puppets forming up on the Statehouse lawn. That's Ethan Allen at the lower right. 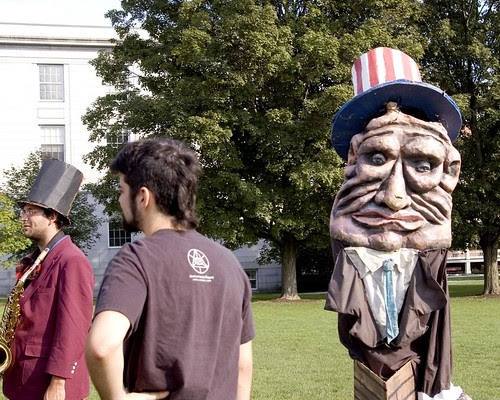 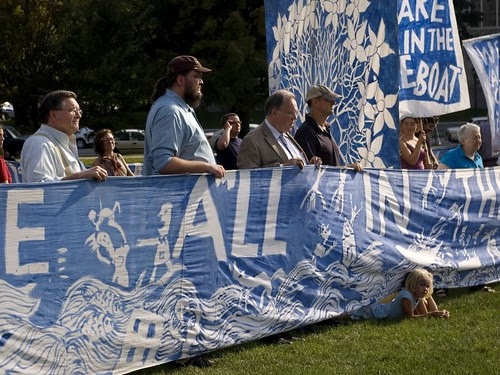 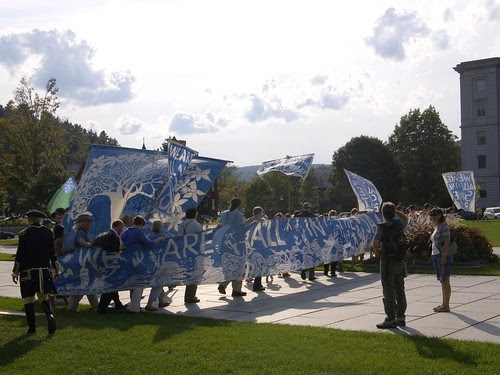 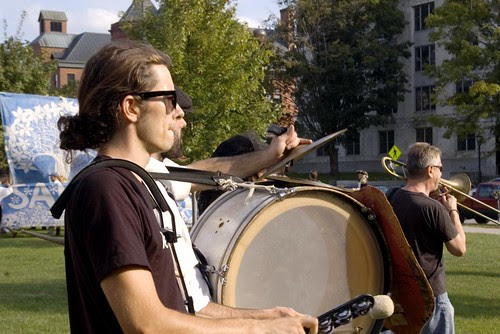 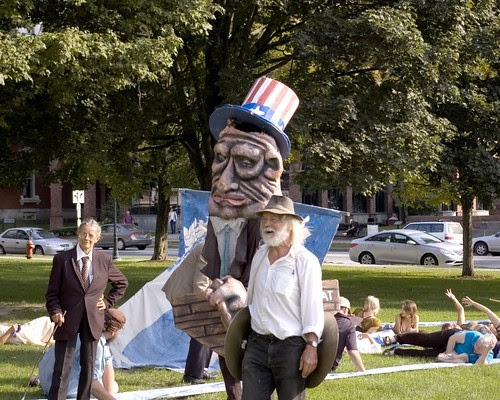 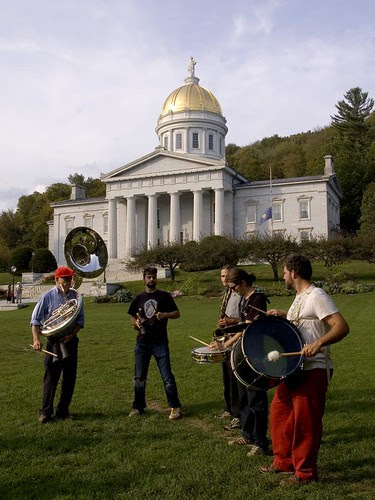 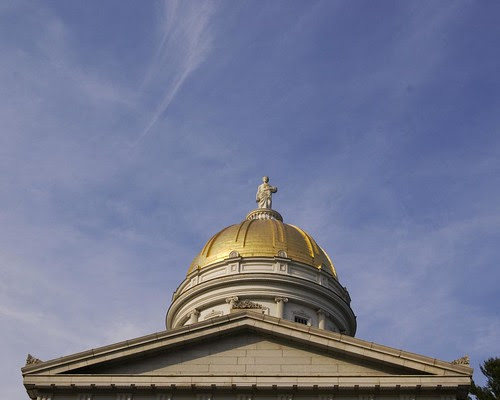