In a sense, all kids are ngoma kids. But some are more so than others. This post is about a few of them.
* * * * *
I met the first one over thirty years ago, when she was about two or so. A couple years later I was visiting her dad, David, who was laying down a boogie-woogie base line on the piano while I jammed on trumpet. Val joined in on tambourine and played it like her life depended on it. Nothing complicated, just straight rhythm, but with force and passion.
When we’d finished she launched into an a capella version of the theme song from the Broadway musical, Annie: “The Sun Will Come Out Tomorrow.” Again, passion and force. The music mattered to her.
I wonder, thought I to myself, if she’ll be able to make music with that force in 10 or 20 years? That is, would she be able to stay in contact with that energy as she grew up or would she lose the connection, never, perhaps, to reconnect?
* * * * *
About two weeks ago I was with some friends at the awards ceremony for a local garden competition. As we were standing around I noticed that Taz, Sparkle’s seven year old son, was doing some pretty vigorous salsa steps. And he seemed to be doing them in time, though there was no music playing for him to dance to.
I decided to test him. I started whistling the melody to a salsa tune I’ve been writing. I had no trouble at all synching with his moves and, after about 30 seconds, he pointed out to me that he was dancing to my whistling. He was on to the game. Of course he was. He’s an ngoma kid.
I asked Sparkle whether or not he’d be able to teach other kids to dance. She thought a bit and said, “yes.” Hmmm...
* * * * * 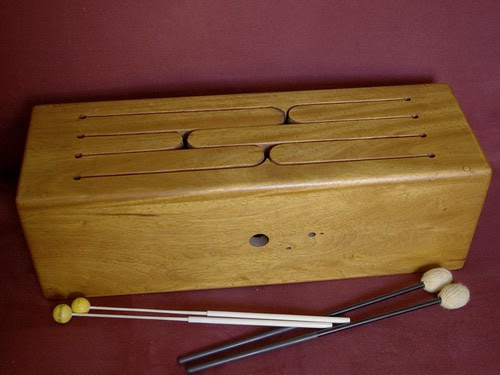 During this period—the last month or so—I’ve been hanging out in the local community garden during the evenings and playing my tongue drum. Kids would pass by on the way to the corner store, or to the pool, or the park, or to someone’s house; mothers would pass by on promenade, kids in tow. Sometimes they’d pause, listen for a minute or two. I’d invite them in. Some took me up on it.
I’d let them play the drum. One boy proudly announced to his companions: “Here, I’ll show you how it’s done.” Um, err, no son, not quite. You don’t just bang away. You have to play in rhythm, make music.
One guy, Brandon, age six, got it. A younger guy—I don’t know his name—was playing the drum when Brandon walked up. I’d say the little guy was about three and was just a bit too young to have a secure sense of rhythm. Brandon could sense that and tried to help him, but he just wanted to hit the drum his way.
When Brandon got a chance, he played with rhythm. I showed him, and allowed him to play, some other percussion instruments—some bells and a pair of claves—and he tried them out. When I told him they made different sounds depending on where and how you hit them he did just that, struck the bells in different places to hear the different sounds. 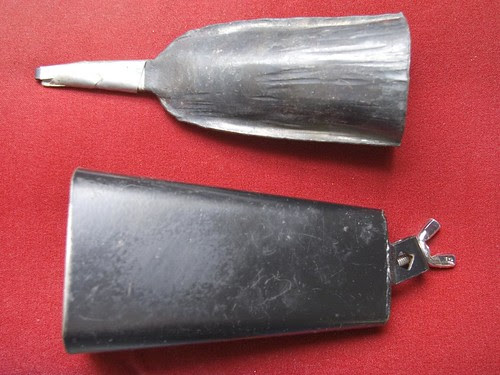 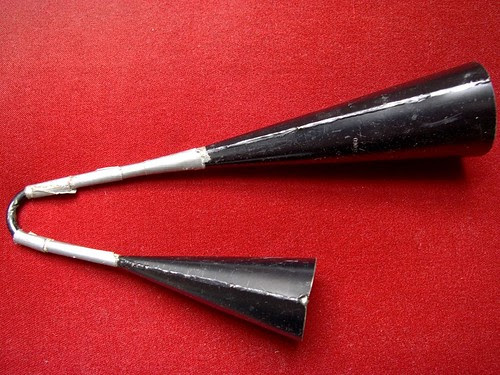 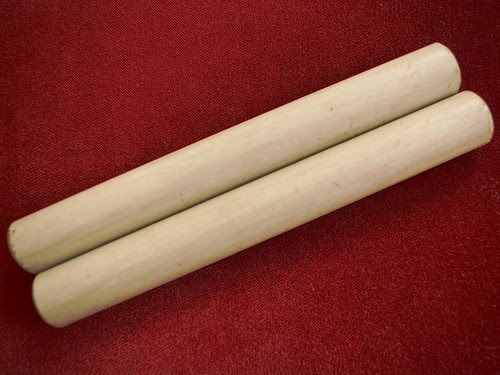 And he paid attention to the different sounds, he didn’t just bang around. His mother tells me he’s a good singer, got it from his grandmother, who’s an RnB singer.
* * * * *
And then there’s Jermaine. I spotted him at a Sunday afternoon church social. I went there just to check out the scene, and to get a burger.
There was some canned music playing on a sound system set up in the parking lot. Kids were running around, playing, games, whatever. And one little guy was turning cartwheels in time to the music, and then moon-walking.
Bingo!
“Who’s that little, guy, Father? The one moon-walking,” says I to Father Felippe. “That’s Jermaine. Here, let me give you the organ doner card, the bracelet, the pen, all the propaganda.” All of which is fine and good and I’ll think about signing the card. But I’m thinking more about that third ngoma kid in less than a week.
* * * * *
“So, Ade,” I ask, “what are the chances of spotting three rhythmically talented kids, all under eight years old, in less than a week, without really working at it?”
I’ve known Ade for years. We met at the Renssalaer Polytechnic Institute in upstate New York. I was on the faculty and Ade—well, “Eddie” is what’s on his birth certificate, but I’ve been calling him “Ade” for years as that’s a name he’s chosen for himself—was an Assistant Dean for Minority Affairs at the time. He’d gone to school with Gil Scott-Heron and had toured with him for a few years; that’s how I knew he was a musician. Anyhow, we metup and performed together for a number of years and he taught me a thing or three about percussion. He’s also spent a fair amount of time working with young kids.
“Well, Dr. B,” he says, “it depends on your cultural context. If you’re in East Harlem . . . “
Well, I’m not in East Harlem, but my current Jersey City neighborhood, Lafayette, is more like East Harlem than Hamilton Park, where I’d lived before. Ade’s point is that some groups of people are more congenial to having very young children dance and play percussion than other groups. Which I pretty much knew already, but I was just checking my perceptions.
I wanted some assurance that I wasn’t indulging in wishful thinking when I’d judged that each of these boys, Taz, Brandon, and Jermaine, was rhythmically talented. Ade provided me with that assurance.
* * * * *
But what will happen to that talent? Are there any institutions that will value it and nurture it?
There was a time, only about 100 years ago, when all music was live music. Every town and village had a bunch of bands—that’s why parks all over America have band shells—and every factory of any size had a band. Every respectable middle-class household had a piano in the parlor, and family members to play it.
That’s gone. These days music is something that comes out of a box. Oh, you can get just about any kind of music you want out of a box. But what about making music yourself?
What would it take for the Lafayette neighborhood to have live music at every community event? Every block party, every church social, every wedding, every street naming (they do a lot of that around here), every event commemorating this or that person or organization, all of them could have live music, not to mention the protests that occasionally break out as well.
And those ngoma kids could provide it. Well, not yet, they need a bit of training. And it will take more than three of them. Community-wide it might take a 100 or so musicians. But with all the talent here, coming up with the people to make the music isn’t the problem. The problem is creating the institutions to nurture the music.
As far as I can tell, right now it’s the church that that’s pretty much it, for there isn’t much music in the schools, not any more. But the church can’t do it all, and anyhow it only wants a certain kind of music and for certain purposes, though I HAVE heard some interesting hip-hop preaching.
Yes I have.
But you get the idea.
Ngoma.
* * * * *
What about Val, that first ngoma kid?
Ah, Valerie. I haven’t seen her in years. She’s married now and David tells me he’s about to be a grandfather, if he isn’t already.
I’ll bet another ngoma kid will enter the world out there in California.
* * * * *
Ngoma is a Bantu word that could be translated into English as “to sing” or “to make music” or “to dance,” for it means all those things and more. The Greek mousiké and the Blackfoot saapup are similar. See Björn Merker, Synchronous Chorusing and Human Origins. The Origins of Music. N. L. Wallin, B. Merker and S. Brown. Cambridge, MA, MIT Press, 2000: 315-327.