Some Obvious Remarks about some Photographs of Flowers?

There is an old philosophical tradition in which everything is assumed to have an essence that defines it. And there is a similar notion within the visual arts; when one depicts an object (or a scene) one does so to reveal its essence. As a practical matter, this translates into a limited set of standard viewpoints from which an object is depicted. In the case of human portraiture, full-front, profile, and 3/4 view are the standard, the “canonical” views of the human face.
And so it goes with flowers. Whatever kind of flower this is, this is a more or less standard portrait: 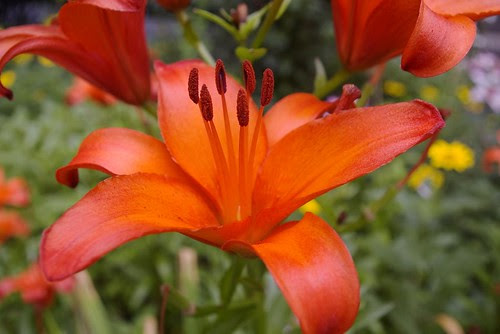 Except for the tip of one petal at the bottom, the full blossom is visible. One can also imagine views from directly above the blossom or a profile view. All are more or less canonical views. All strive to present an essence.
But this is not a canonical view of that kind of flower: 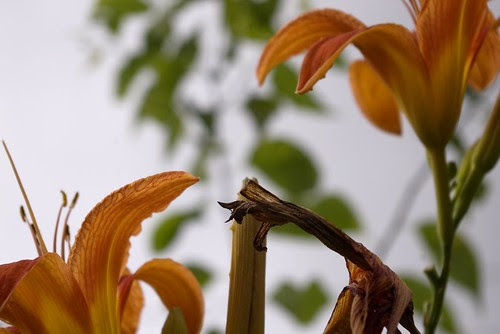 Two blossoms are in view, but neither is visible in full, and neither is at the center of the image. The center of the image is, well, just what IS at the center? The break point of a stem and, in the background, a leaf.
Whatever that photograph is about, it wouldn’t seem to be about the essence of those flowers, not as essence is understood in the particular philosophical and aesthetic tradition. And yet it is most emphatically a photograph of flowers, and those blurred leaves in the background. 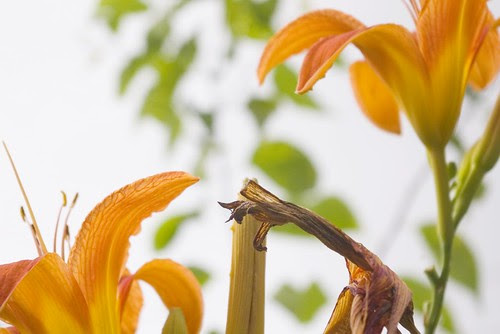 One could imagine that the photograph is primarily a formalist exercise in which the fact that these are flowers is incidental to matters of color and composition. Yes, one could imagine that. And there is this truth to that imagination, that these images would not have been presented for viewing absent the modernist adventure in abstract imagery, where paintings depicted nothing, much less themselves, but simply presented arrangements of lines, forms, and colors.
No, those images would not exist without that tradition. Nor, I suspect, without Japanese and Chinese traditions that aren’t so centrally about essence, but have other concerns. But, how can you depict things while disregarding their essences? Or is it perhaps the case that those essences never were really fully available, tradition not withstanding? Perhaps we're looking at the play of forces among flowers, leaves, and light, and, despite their prominence, assigning no particular privilege to the flowers. Is that possible? 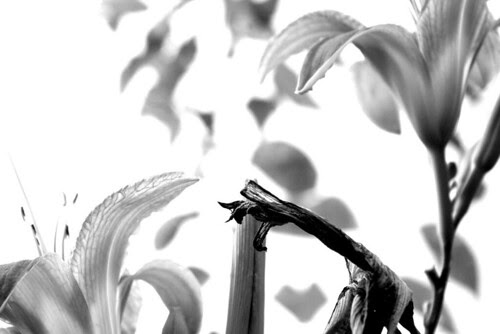