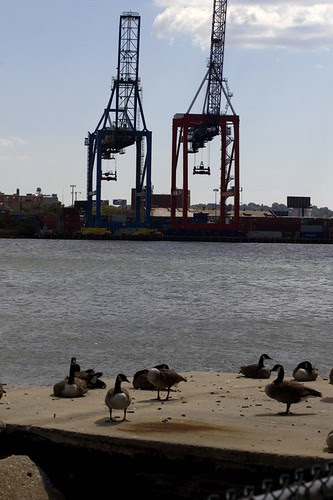 What’s crucially important to wilderness thought is that humans occupy no particularly privileged or unilaterally determining position within being. We are beings amongst beings and being, of course, would continue were we to cease to exist or die out.

This "being" language is peculiar stuff.

Rather, there’s a multilateralism of agencies, a distributed agency, a literal democracy of causes refusing the correlationist gesture. Freud spoke of three blows to human narcissism: the Copernican where we are no longer at the center of the universe, the Darwinian where we are no longer qualitatively distinct from other animals, and the psychoanalytic where the unconscious directs us behind our backs. There needs to be a third blow, premised on immanence, flat ontology, or the wilderness where humans are not sovereigns of beings, but are amongst being. In his narcissistic intoxication Kant and his heirs dreams of an absolute autonomy where we are completely self-determining and self-directing. This fantasy is, to use Kant’s language, the continuing immaturity of humanity for it fails to recognize our amongstness or the manner in which we are also heteronomously determined, such that we only ever act in assemblages that exceed our intentions and aims that we have set for ourselves.