Animation and the Sentient Text

Every so random often in the past week or three I’ve been thinking about object-oriented ontology in the age of animation: Is there a connection? Animated films have been with us since the early 1920s, and animation itself extends back into the 19th Century, with flip books, kinoscopes and such. In its cinematic guise animation has been aware of itself and its tech and has depicted that in many and various of its works. From this it follows that animation is aware of the apparent ontological difference between its materials, static images, and its effects, living beings (and others) on the screen and into the minds of viewers.
With that in mind, let’s take, as our text for this lesson, an old scrap of Tim Morton’s:

The take home idea: a text is sentient object. It's quite counter-intuitive at first. But it's elementary really. Since we can apply almost everything meaningful about a pencil's interactions with a table to a mind's interactions with its world, why not a text, that is, what a pencil writes, if you hold it the right way..

Now, consider the 1945 Warner Brother’s cartoon, Book Revue. It’s set in a bookshop at night and depicts bookish hijinks of various sorts. Here, for example, we have Shakespeare’s works: 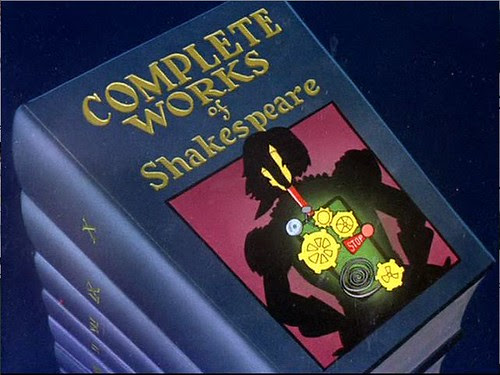 As you can imagine, the wheels actually turn. A bit later in the cartoon they turn and turn and the whole mechanism bursts.
Here’s Dorothy Baker’s novel, Young Man with a Horn. 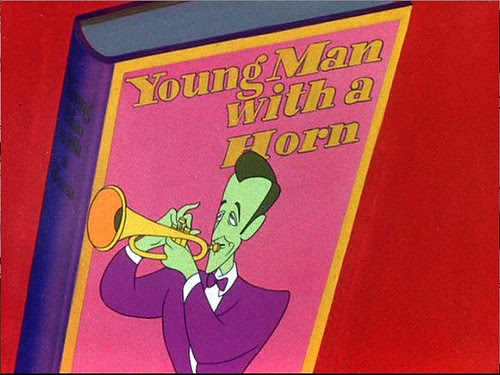 The trumpet player is Harry James and, of course, he really is playing the trumpet. I don’t know whether James himself did the trumpeting for this cartoon – I rather doubt it, as I didn’t see him credited, which he certainly would have demanded, but a few years later he did the off-screen playing for Kirk Douglas, who starred in the movie version of Baker’s novel, which I’ve discussed in this post.
Here’s the cover of some book called The Whistler: 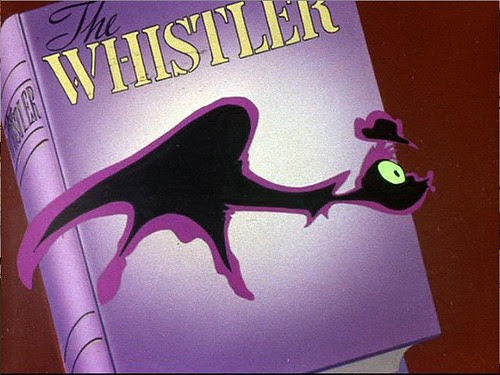 We don’t know what he’s whistling about, yet. But whatever it is, the sea wolf’s howling at it too: 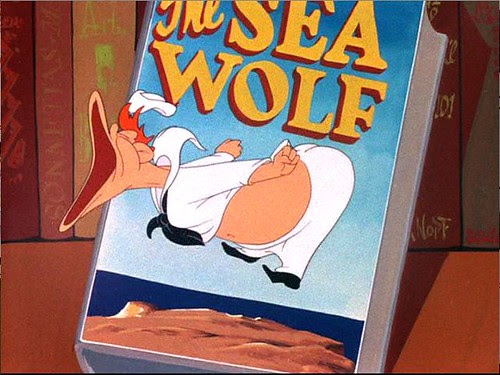 And then we see Cherokee Strip: 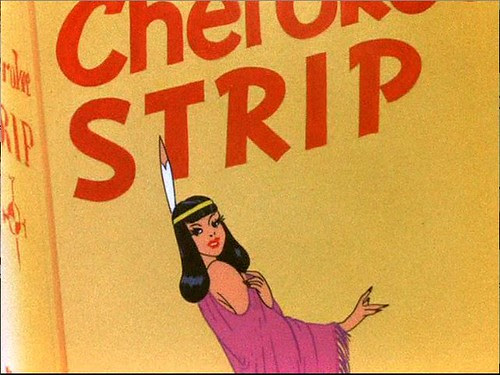 With just a little imagination you can conjure up what that gag will be and why she’s the object of their whistling male gazes, though it’s innocent enough for a general audience. When old Shakespeare sees her, he blows his stack of course, and his works just fly all over the place.
We’re nowhere near the end of that cartoon, but you get the idea.
Now let’s look at a more recent film, a feature-length animation, The Secret of Kells (2009). It’s a story about the completion of The Book of Kells, in particular, about the so-called Chi Rho page – medieval manuscripts often used the Greek letters chi and rho to abbreviate the word “Christ”. The Chi Rho page consists of those two letters, elaborately illuminated. For reasons that you might imagine if you think carefully about a handcrafted book of sacred texts produced in a world where all books were painstakingly handcrafted, well it’s only natural that there’s a page that’s the (mystical) key to the whole. This page is that.
Without going into the film’s story, let’s just say that the production of that page was a trial and a tribulation and a hero’s journey and a deep mystery. As the movie comes to an end, the Old Abbot frets about the loss of his young nephew and the loss of the book that had been entrusted to his abbey. Then the nephew returns, a man, bringing with him the book, complete.
The abbot leafs through it and comes, finally, to the Chi Rho page. He looks at it, and this is what he sees (notice who the frame depicts the perimeter of the abbot’s field of sight): 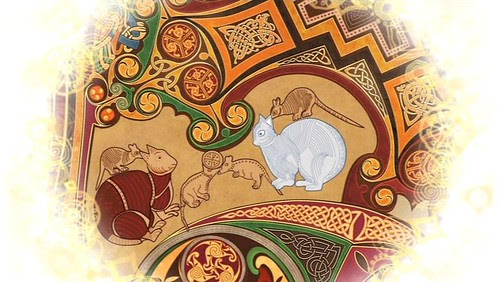 Look closely at those two animals to the left of center, and the ball they’re balancing between them. Now look again: 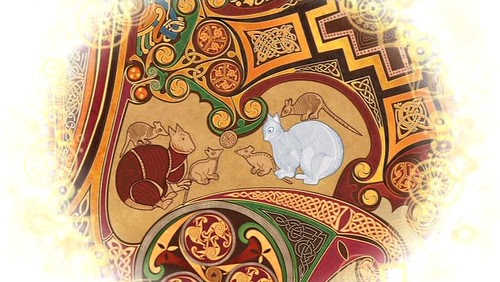 It’s moved. The page is alive. Here’s a moth flitting over the page (right of center and below): 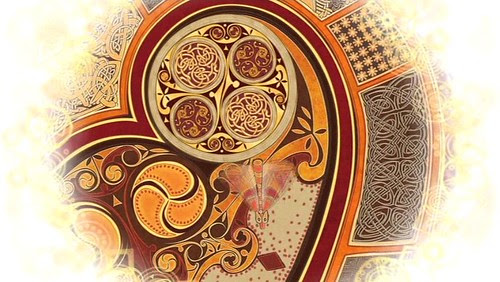 And now the abbot sees the entire Chi Rho. The chi is large and ‘embraces’ the smaller rho: 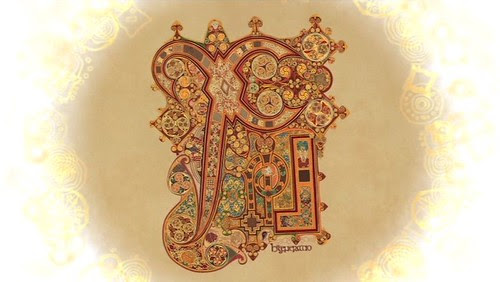 And now the abbot begins to lose himself in the living book, which dissolves into a flux of light and ‘dream images’, which we’ve seen earlier in the film: 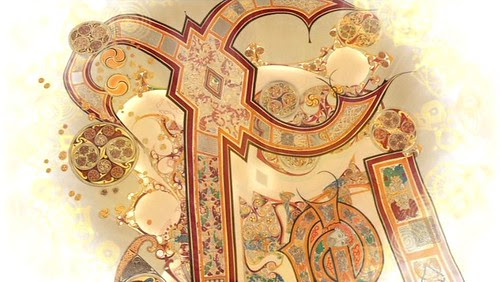 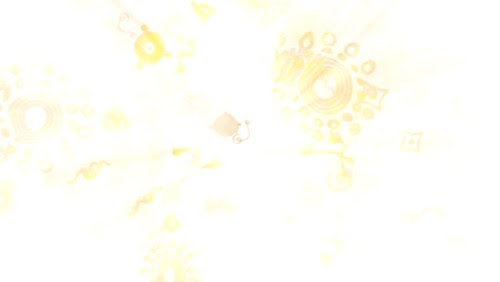