Fire in life and animation

The board of the Bergen Arches Preservation Coalition (BPAC) when on a camping trip over the weekend and, of course, we had a campfire. Since I had my camera with me, I took lots of photos of the fire. Why? Because fire is fascinating, so quick and mercurial. It's wonderful to watch. 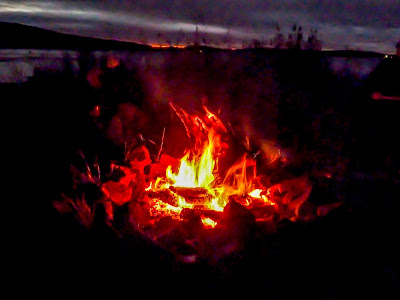 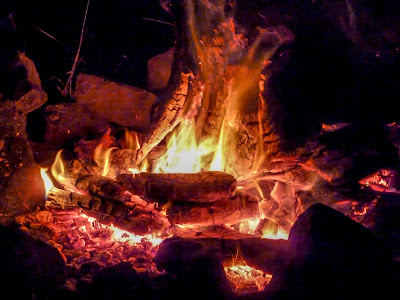 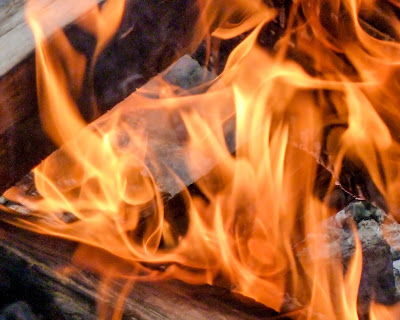 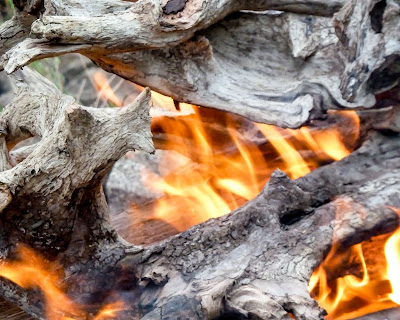 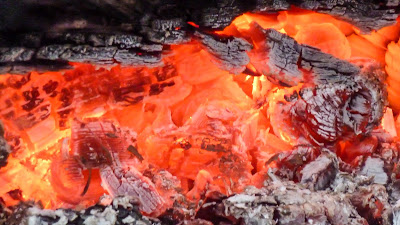 Fire has also fascinated artists. But I'm not interested in artists in general, but particular artists, the animators working for Walt Disney when the studio produced Fantasia. Fire was featured in two sequences, The Rite of Spring (volcanoes) and Night on Bald Mountain, where the devil Chernobog played with fire on his hand in one sequence.

Here we see several shots that establish fire as a motif when we enter Chernobog's realm: 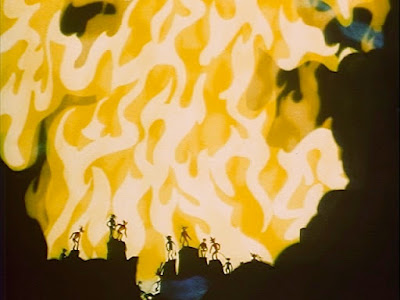 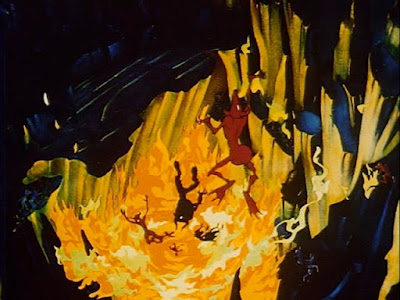 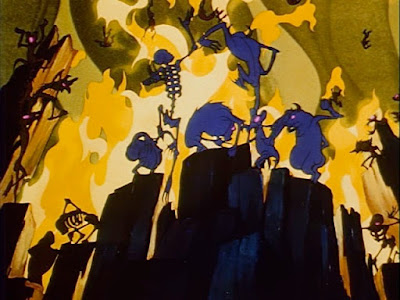 And now we're focused on the flames dancing on his right hand. You can see his head in the first image, with the flame eyes (lacking pupils). Notice his left hand at the top of the second image, directing the moving flames. The flames transform into women, and then into beasts. 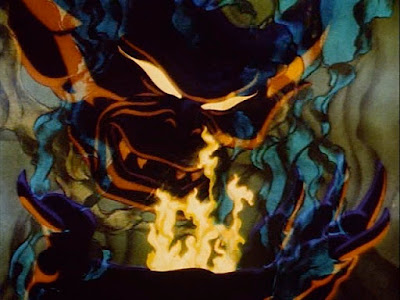 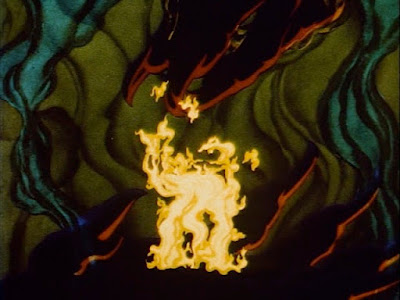 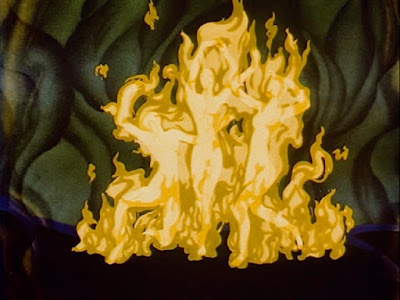 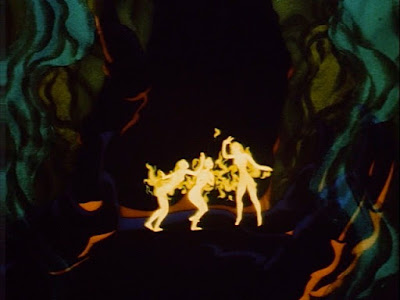 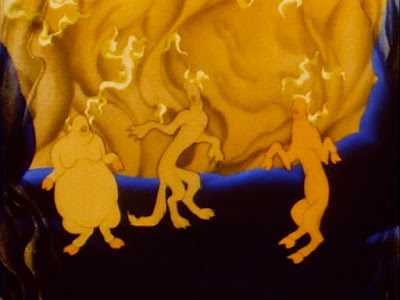 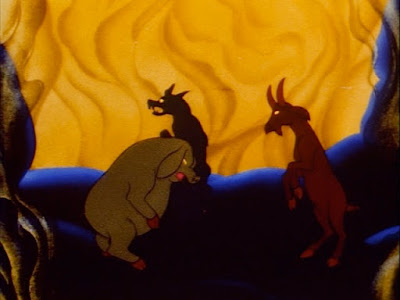 There will be another transformation of two before they fall off into the pit. And the sequence is by no means over.

I leave it as an exercise to the reader to hypothesize any particular significance to the fact that, in this sequence dreamed up and drawn by male animators, the flames first become women and then beasts. Once the drawing were made they would have been sent to the ink and paint department where women would transfer the images to transparent cels – drawing sharp outlines and filling in the color – for photography. I wonder what they thought as they worked on this sequence. Of course much of their thoughts would have been totally absorbed in the work they had to do, which was very exacting. But they must have taken a breath now and then and wondered just what these guys were thinking.

It turns out that this was the first in a five part series. Here are the others: