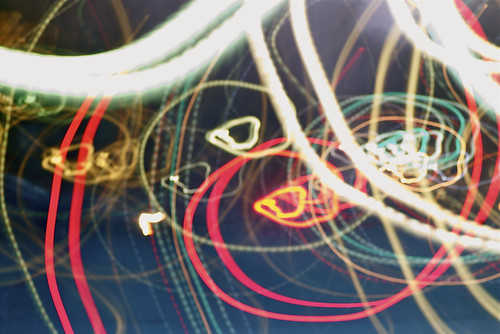 This past week I’ve been experimenting with my “shaky cam” technique: point the camera, start shaking it, and snap the photo. Here’s one of the photos that started it, taken back in 2010: 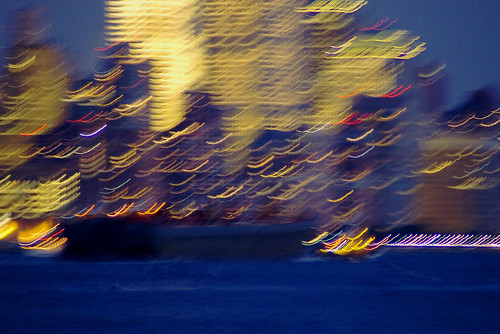 It took my awhile before I posted that online, two or three years, I believe. Why? Because posting a photo means that I endorse it. And I didn’t know WHAT that photo was.

Sure, I knew what I was shooting: the New York City skyline as seen from Hoboken, NJ, in the evening. But the camera moved during the longish exposure required and so it got badly blurred. Despite the fact that the image looked pretty good as a pattern of color, the photo-as-a-representation-of the skyline was ruined. Compare it with this one, which I took at the same time: 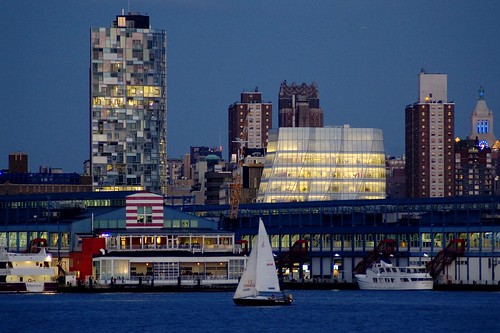 I was able to hold the camera steady and the result was a nice sharp picture.

And yet that other image haunted me. It DID look good. And so I eventually decided to post it: I approve.

Still, it took me awhile to take the obvious next step, which was to consciously and deliberately go for the blur. It was only last Saturday that I took that step. Here, for example, I rotated the camera as I clicked the shutter: 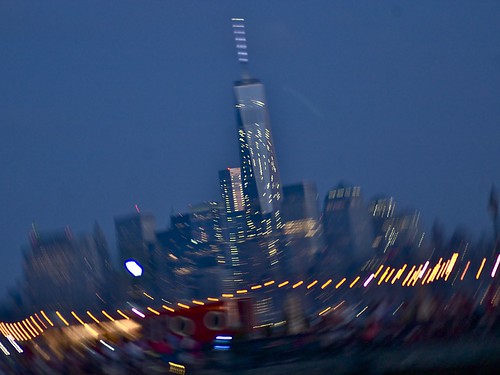 And so the fun began. 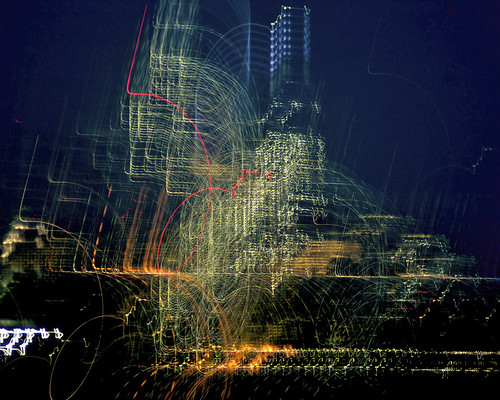 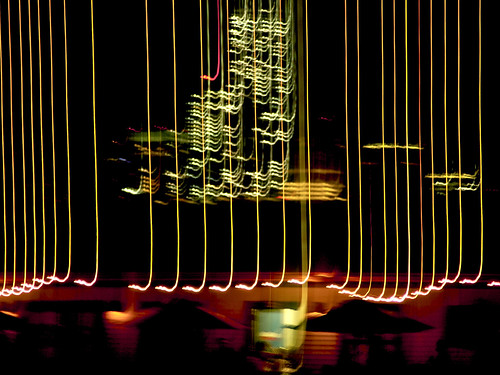 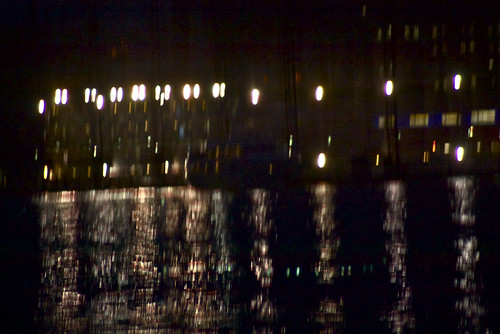 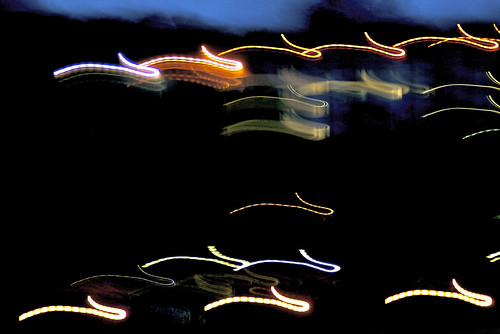 Now I’m holding the shutter open while I move the camera: 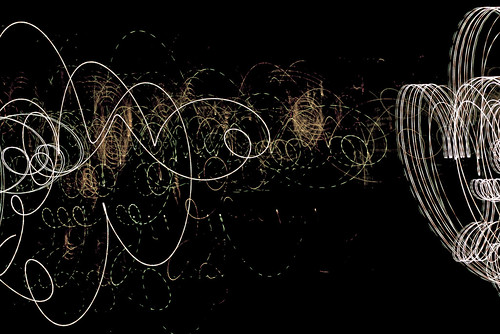 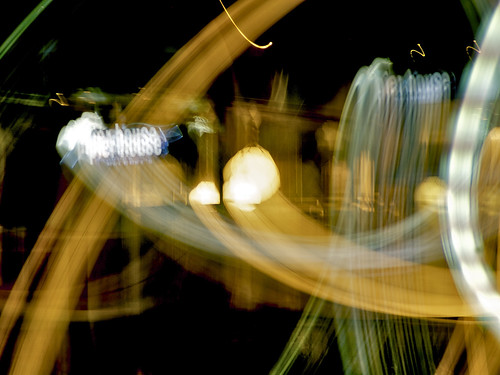 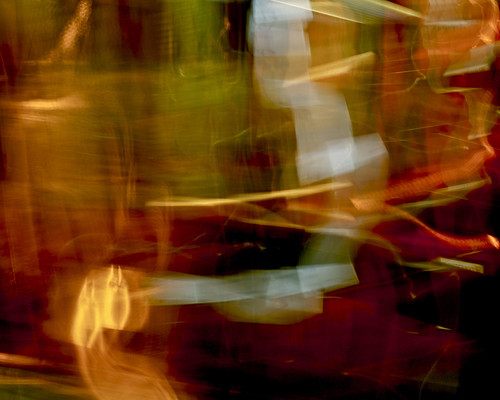 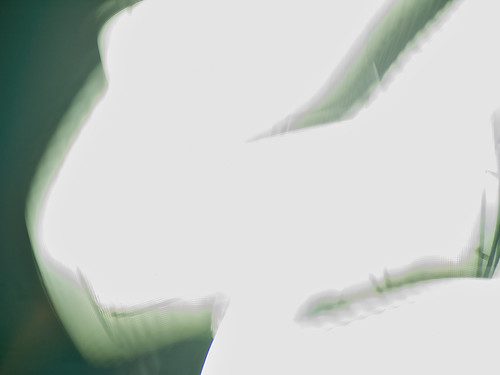 Once again, fundamental issues are raised, first and foremost of which is: What is photography?

Given that so much of these images is a function of camera movement, my deliberate movement, what’s the role of the source material, the scene in front of the camera, in the final image? In some of these images the source material is quite obvious, you see the building forms quite clearly. But in other images there’s no hint of the buildings from whose windows the lights are shining. And in still other images you can see hints, bits and pieces, of the source.

And what of that word, “source” rather than “subject”?

Which brings the question of color very much to the fore. For in some of these images color is ALL that’s left. Do I dare photoshop it too much? Should I try to preserve fidelity to the original color, at least as much as is possible? And, yet, something of the source remains even if the color is altered beyond resemblance – which, BTW, I haven’t done in any of these images. The relative positions of the source lights remains preserved in the relative positions of the streaks and smears.