On Friday night, December 19, I had a big spike in traffic to my Flickr page: 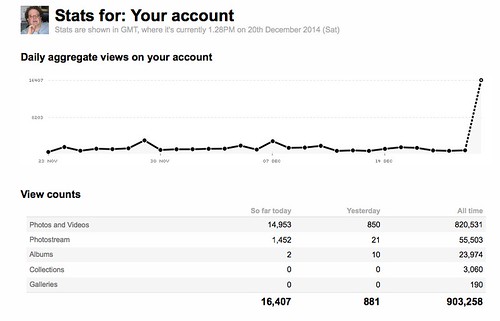 I’ve never had a run like that before. I believe the most single-day views I’ve had before this spike was somewhere between 7000 and 8000 the day I posted my photographs of the damage Hurricane Sandy left in my neighborhood of Jersey City. 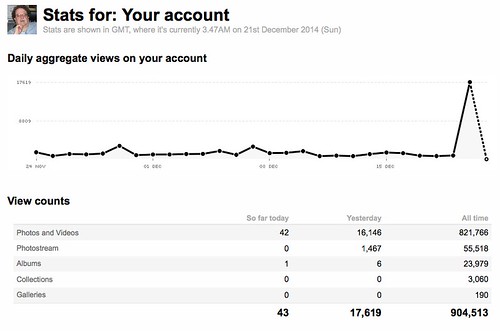 Who are all these people and where did they find out about my photos?

I haven’t the foggiest idea.

One could imagine that some high-traffic website showed one of my photos and a lot of people came streaming to my Flickr page to see it and perhaps a few more. But if that were the case, then you’d expect to see lots of views concentrated on a very small number of photos. That’s not the case. Here’s the top 10 “most viewed” photos from the 20th: 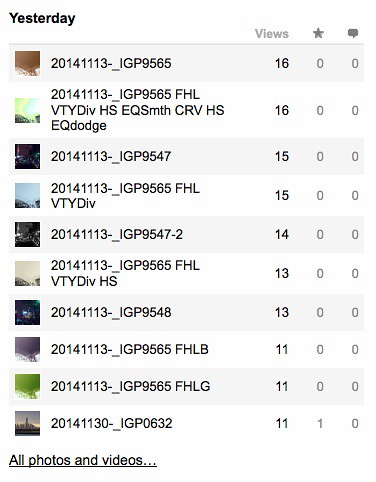 But why did that happen?