No scholar should find humiliating the task of description. This is, on the contrary, the highest and rarest achievement.
—Bruno Latour 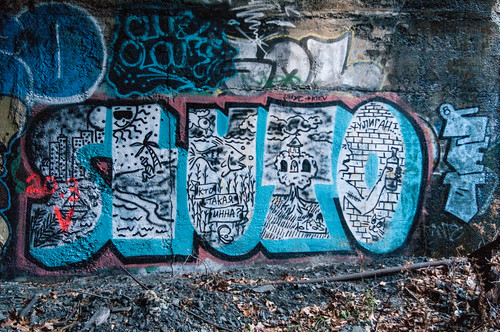 Bruno Latour. Reassembling the Social: An Introduction to Actor-Network Theory. Oxford UP, 2005.

During the late summer and early fall of 2011 I blogged my way through Latour’s Reassembling the Social (RS) and then, at the end, Latour’s manifesto on compositionism. I would read a chunk of the book, generally a chapter, and the write a blog post based on passages from that chapter. I then assembled those posts into a working paper, which I issued in October of that year.

One of the things that attracted me to RS is that it was concerned with social life before a network had coalesced into an institution. And that, as far as I can tell, is the status that graffiti culture has in the contemporary world. It’s been around for going on five decades, but it has never quite become institutionalized. For that reason I used graffiti culture as a running example in my notes. In some notes talk of graffiti was prominent, but other notes had little or nothing about graffiti in them.

As there are people whose interest in graffiti exceeds their interest in Latour, it seemed like a good idea to release a second abridged edition of the original working paper. That’s what this is. With the exception of the very first segment, which sets up the whole series, I’ve simply dropped the segments that said nothing about graffiti. But I’ve not changed the numbering, so you can see where the “holes” are, if that concerns you. As I did not attempt to build a cumulative argument in this series of posts, the missing posts shouldn’t cause any problems. If you’re curious, however, I’ve retained the complete list of all the original posts at the end of the introduction.