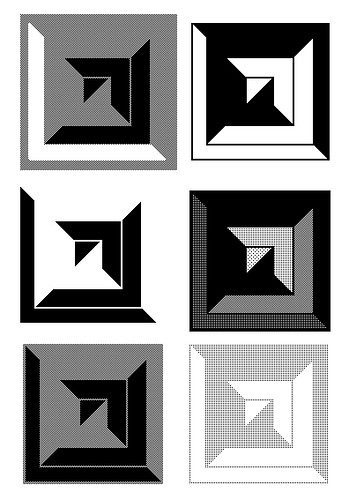 Another working paper is up. Title above; introduction, etc. below.

Abstract: This is a series of elementary notes on computational thought that is oriented toward the needs of literary critics. Computing is a physical process that builds on and requires structures of signs and symbols. In one way or another, these notes all emphasize and point to structure and construction. In some notes we look at arithmetic and linguistics; in others we look a comics and ants. The latter are allegorical in character, but so, in a way, are the former.

Introduction: Computing Literature, We Have to Make It Up 2
Four Good Books 5
Two Allegories: An Ant Walks on the Beach and a Pilot is Alone 7
Literary Form, the Mind, and Computation: A Brief Note (Boiling It Down) 9
Signifiers, the Material Text, and the Digital Critic 11
Three Notes on Literature, Form, and Computation 12


Computing = Math, NOT 12
Cognitivism and the Critic 2: Symbol Processing 13
Computing is a Physical Process 17

Form is Hard to See, Even in Sentences* 20

Introduction: Computing Literature, We Have to Make It Up

But not out of nothing.

Computational thinking is not one thing. It is many, some as yet undefined. What can it become for students of the humanities?

How, you might ask, are we to engage a computational understanding of literary process, if computation isn’t well defined?

With care, I say, with care.

Whether or not the mind is computational in kind has been under extensive discussion since the end of the Second World War. But one can be agnostic on that issue and still pursue computational thinking, which is hardly a single thing (see the next section). My own interest is, if anything, more pragmatic than theoretical. Computational thinking gives me useful conceptual tools.

I think about literature and literature is made of words. Computational thought provides the best tools for thinking about how texts are structured out of words. Semiotics just gives us words chasing words without any real structure to speak of; the mere idea of signs is conceptually weak. Psychoanalytic conceptions give me unconscious agents of otherwise undefined capacities. Phenomenology gives me consciousness, so what?

Above all computational thinking justifies my belief in the precision and exactness of literary texts. That’s why I find it rewarding to devote time and effort to the detailed description of texts. If we’re going to figure out the underlying processes, then we need a detailed account of what those mechanisms produce. We need a more detailed understanding of texts than we currently have – something I explain at some length in Literary Morphology: Nine Propositions in a Naturalist Theory of Form.

As Stephen Ramsay pointed out in a post, “DH and CS” (where DH = digital humanities and CS = computer science), computer scientists are mostly interested in abstract matters of computability and data structures while programmers are mostly concerned with the techniques of programming certain kinds of capabilities in this or that language. Those are different, though related, undertakings.

Further, the practical craft has two somewhat different aspects. One faces toward the end user and is concerned with capturing that user’s world in the overall design of the program. This design process is, in effect, applied cognitive anthropology. The other aspect faces toward the computer itself and is concerned with implementing that design through the means available in the appropriate programming language. This is writing, but in a very specialized dialect. But it’s all computational thinking in some meaningful sense.

Though I have written a computer program or three, that was long ago. I have, however, spent a fair amount of time working with programmers. At one period in my life I documented software; at a different time I participated in product design.

But I also spent several years in graduate school studying the computational semantics of natural language with the late David Hays. That’s an abstract and theoretical enterprise. Though he is one of the founders of computational linguistics, Hays did no programming until relatively late in his career, after he’d left academia. He was interested in how the mind works and computation was one of his conceptual strategies. I studied with Hays because I wanted to figure out how poetry worked. All the members of his research group were interested in the human mind in one-way or another; some of them were also programmers of appreciable skill.

Out of all that I’ve developed a computational style of thought. It has two faces. One looks at specific literary texts, often in great detail. It is descriptive and analytic. The other attempts to look at the mechanisms of textuality, whether at the scale of individual texts or that of literary history. This mode of thinking is theoretical.
And we might say that those two styles of thinking are connected by a sense of reverse engineering. The theoretician is attempting to craft mechanisms which, when put in motion, would read texts with concentration and wonder. The practical analyst is looking for features in texts that betray the workings of those mechanisms.
It’s a delicate and crazy dance.

This working paper is a compilation of six posts I’ve written either to demystify computation or to re-mystify it in a way that makes it look like literature.. They were written at various times as stand-alone pieces and so can be read in any order.

Four Good Books–Four very different books, three of them short, the fourth of middling length, Two of them, Scott McCloud’s Understanding Comics and Valentine Braitenberg’s Vehicles: Experiments in Synthetic Psychology, will give you a good sense of the computational world as a constructed world. That’s essential and that’s why a feel for computation is useful for literary critics; computation is how you construct meaning with words. John von Neumann’s The Computer and the Brain is very abstract, but it gives you a sense of computation as a physical activity. Herb Simon’s The Sciences of the Artificial is a classic, and is also strong on the sense of construction.

Two Allegories: An Ant Walks on the Beach and a Pilot is Alone–Neither of these “allegories”, as I call them, is directly about computation. Herb Simon’s story of an ant walking on the beach is often-cited and is about the (computational) relationship between a behaving agent and its other environment. The other story is about sensory deprivation, and serves as a vehicle to extent Simon’s allegory into the imaginative.

Literary Form, the Mind, and Computation: A Brief Note (Boiling It Down) – “To a first approximation, the form of a literary work reflects the full economy of mental faculties working together, cooperatively and in conflict, to produce the work.”

Three Notes on Literature, Form, and Computation–These notes are a concatenation of “three older posts, all dealing with (the idea of) the actual process of computation.” Here we look at symbols, arithmetic, and, well computation as well as the structuralist dialectic between selection and combination and end up thinking about computation as a physical process.

Form is Hard to See, Even in Sentences*–This is mostly a setting for an observation by the linguist Mark Liberman:

…a surprisingly large fraction of smart undergraduate students have a surprising amount of trouble with what seems to me like a spectacularly simple-minded idea: the simple parallelism between form and meaning that linguists generally call “recursive compositionality”, and compiler writers call “syntax-directed translation”.

It is my contention that a similar relationship between form and meaning obtains at the level of the whole text, not just the sentence.