What do you get when you search on “graffiti museum”? [urban design center, now defunct] – Friday Fotos 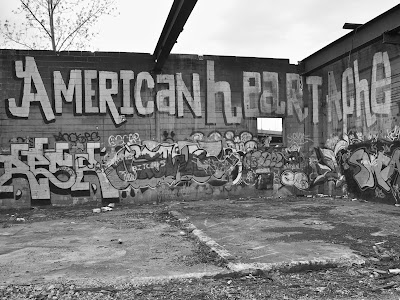 A bunch of stuff. Top two (at least when I searched, YMMV): Museum of Graffiti, Street Museum of Art. Here are their self-descriptions.

The difference is MOST instructive. The Museum of Graffiti, in Miami, is newer and seems to be a more or less standard museum in a fixed building. The Street Museum of Art is a bit older, but in a completely different style, existing on the streets where the art lives (in Brooklyn). The abstract idea of the museum is similar, a venue for valuing and appreciating art, but the physical realization is quite different (as befits the art in question). When thinking about that think of the current shift of education to distant education, as forced by the pandemic. And work as well. 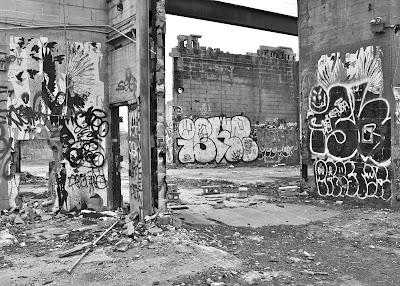 The world's first museum exclusively dedicated to the evolution of the graffiti art form.

Throughout the late 1960s and early 1970s in large cities all over the United States, children invented a new art form that started with writing their names on walls in their neighborhoods. Local governments launched cleaning campaigns and mandated that young writers be arrested for their vandalism, but the movement could not be stopped. Unrelenting young people forged ahead at a feverish pace with creative innovations and inspired generations of new practitioners.

In no time, the wall writings quickly developed to become more elaborate and decorative. Taking on unique and distinguishable signifiers like arrows, crowns and other innovations through design and color, this became the blueprint for tags, throw-ups, masterpieces, and the elaborate works seen today.

Fifty years later, the Museum of Graffiti was formed to preserve graffiti’s history and celebrate its emergence in design, fashion, advertising, and galleries. The Museum experience includes an indoor exhibition space, eleven exterior murals, a fine art gallery, and a world-class gift shop stocked with limited edition merchandise and exclusive items from the world’s most talented graffiti artists. 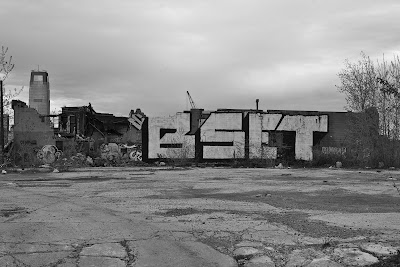 City streets have become gallery walls for this urban museum. Admission is always free and the hours are limitless. SMoA is the first public art project to adopt the guerrilla tactics of street art & graffiti culture in a program of illegally curated exhibitions.

The Street Museum of Art (SMoA) is the defining museum in street art, graffiti and contemporary muralism. SMoA supports and promotes public work within its original context like no other museum can: bringing vital conversations about these artists and their work to the street for a new level of appreciation and awareness. SMoA celebrates its ephemeral ethos from paste up to decay. This international project champions all things local by highlighting the diverse artists, styles and techniques found in each city that's reached by our program of traveling, illegal exhibitions.

Founded in 2012 around the streets of Brooklyn, The Street Museum of Art’s guerrilla curating initiatives re-evaluate the current model for contemporary art museums by exploring the unique relationship these artists share with their urban environments.

As the rest of the art world begins to accept this urban medium, it is only becoming more apparent that street art inevitably resists containment. The question then should not be how can this inherently public art movement be modified or replicated in order to fit within the confines of a museum, but rather — how can the current model for contemporary art museums be re-examined to conform with the energy of street art?

The Street Museum of Art is run anonymously. Exhibitions are mapped out by the placement of didactic labels throughout the urban environment, mimicking those found in traditional museums. By bringing the traditional concepts of a museum outside, SMoA is encouraging visitors to actually go experience each piece within its original context, on the street. Much like the essential nature of street art and graffiti culture, The Street Museum of Art is ephemeral; the duration of these exhibitions is entirely reliant on external forces and the reaction of the public.

To fully realize the potential and influence of this movement within the context of contemporary art history, The Street Museum of Art is taking the intangible qualities of a museum outside where these artists thrive. 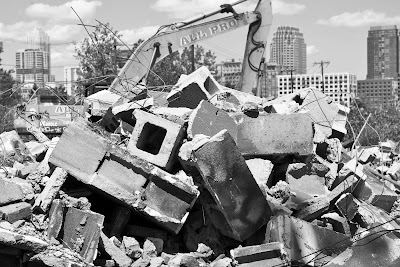 The photos above are from a site in Jersey City I like to call the Urban Design Center. The photo below is 2-page spread in a zine published by DROID 9: 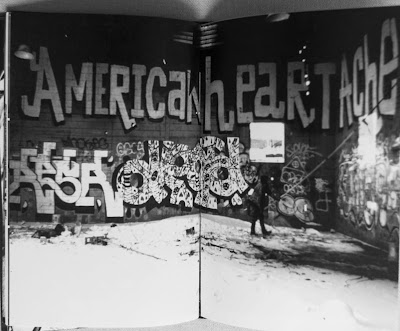